The Armenian Music Program at The UCLA Herb Alpert School of Music provides an in-depth exploration of Armenia’s rich musical heritage, with a focus on its classical traditions. A hallmark of the School’s innovative leadership in music and its commitment to public outreach, through dynamic performances and academic scholarship, the Program has evolved into a vibrant educational platform.

The mission of the Armenian Music Program is to preserve and celebrate Armenian music as an art form. Established in 2013, the Program has presented dozens of outreach performances as well as high-profile public concerts and recordings⁠—including Grammy-nominated Armenian Requiem by Ian Krouse—provided over 30 student scholarships, and built a devoted community of supporters and fans. This Program engages communities of musicians, scholars, and audience members across the UCLA campus, Los Angeles, nationally, and internationally.

EXPLORE ALL EVENTS
EXPLORE ALL EVENTS
Unsettling Repertoires: Armenian POWs in Musicology's Colonial Past
1:00pm
Free
lectures-symposia, world-music
Unsettling Repertoires: Armenian POWs in Musicology's Colonial Past
During WWI, The Royal Prussian Phonographic Commission recorded the voices of detainees from various backgrounds captive in Prussian camps. Some of these prisoners of war were Armenian soldiers fighting in the Russian army. By examining the sound recordings and printed documents kept in the archives, Melissa Bilal will critically discuss the legacy of the Armenian repertoire produced in internment camps.
Zoom 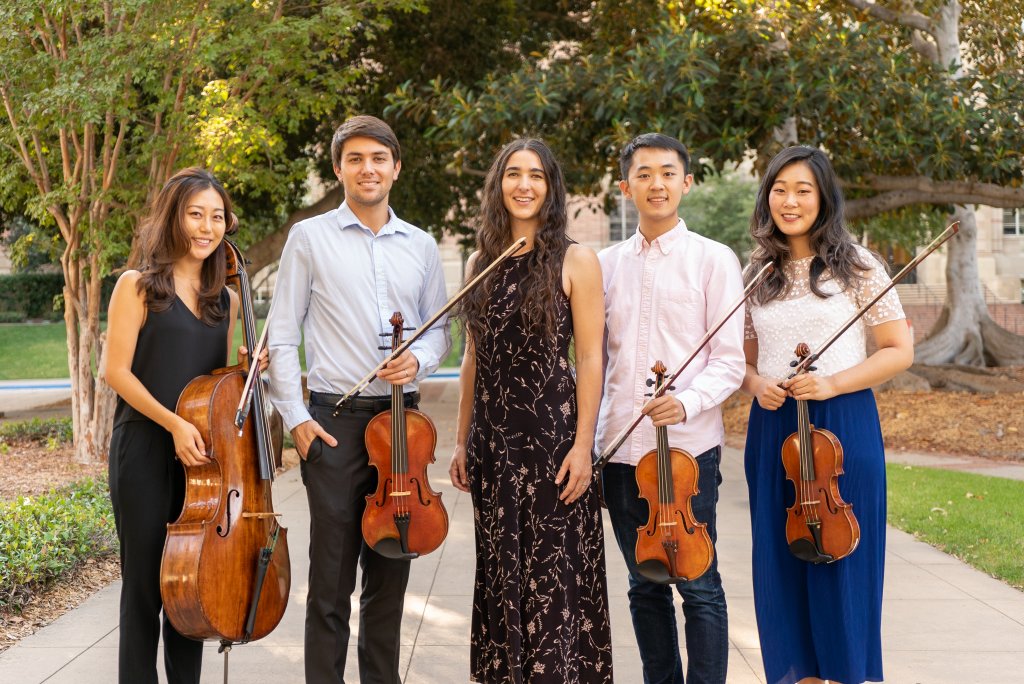 The VEM Ensemble is the Graduate Ensemble-in-Residence of the Program,  dedicated to bringing forward Armenian classical and contemporary music through heartfelt, high-level performances. Vem means rock in Armenian, symbolizing the strength and lasting power of Armenian history and musical heritage. 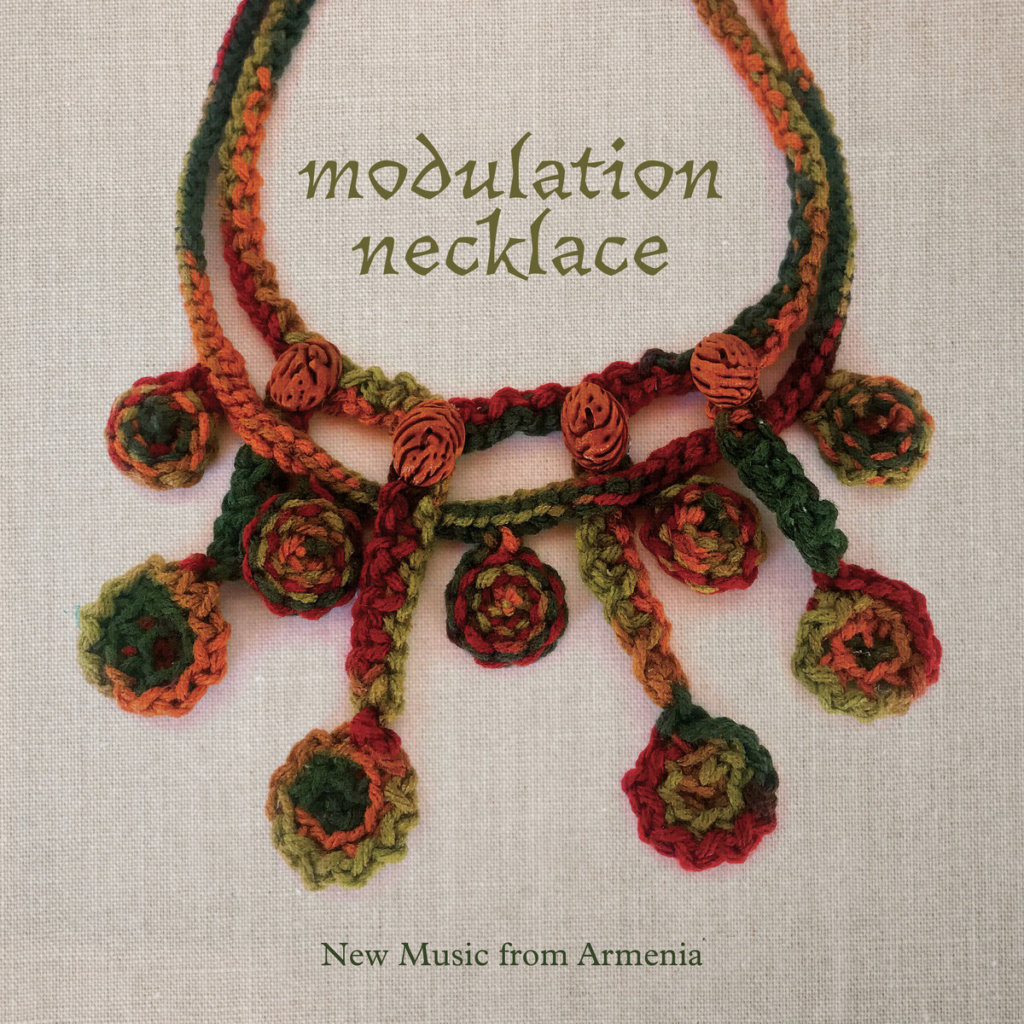 Dan Lippel, President of New Focus Recordings, praised the album. “Violinist Movses Pogossian has assembled this illuminating collection of contemporary music from Armenia…revealing a vibrant repertoire whose aesthetics are as outward-looking as they are grounded in their reverence of centuries-old culture.” Gapplegate Classical-Modern Music Review calls the recording “a most stimulating set,” which “retains relevance and interest throughout.” Fanfare Magazine describes Danielle Segen’s performance of Tekeyan Triptych as gorgeous. Highlighting the best of contemporary Armenian Composers, “Modulation Necklace” is a true celebration of Armenian music as an art form and a testament to the rich history and heritage which it tributes. The UCLA VEM ensemble’s participation in the album is a significant achievement, which upholds the noble mission of the Armenian Music Program.

Proceeds of this CD will benefit the UCLA Armenian Music Program.
The CD is available for sale on Amazon and Apple Music!

Events To Look Forward To

The Armenian Music Ensemble is devoted to performing the folk music that developed in Armenian oral traditions. In teaching songs, instrumentals, and corresponding dances, this ensemble offers an integrative approach to developing competency in a variety of traditional Armenian forms. Alongside practice, the course addresses some of the important discourses that have shaped the sensibilities of Armenian identity, music, and folklore at large. Students will learn in a participatory environment and are required to practice in groups outside of class. Prior “musical” competency is not required and instruments are welcomed at the discretion of the instructor.

Celebrating the richness of Armenian musical heritage, students experience exciting performances of various Armenian music styles, and lectures on its history, by the director of the Armenian music program. The study takes place in the context of the historic relationship between the Los Angeles Armenian community and UCLA, which recently established The Promise Armenian Institute as hub for new and ongoing research in multiple programs including music.

This course is a graduate seminar that aims to connect Armenian music research with Women’s, Gender and Sexuality Studies. Throughout the term, students will familiarize themselves with the existing literature on the musical lives of Armenians in different parts of the world. With the help of relevant scholarship on past and present Armenian communities, students will situate sonic experiences in their larger historic and ethnographic contexts. Students will develop a critical framework informed by theories of gender, race, class, and geography to discuss the production and consumption of Armenian music, musical discourses and practices of Armenians, and the politics of representation and memory in/of Armenian music.

A vital component of the Armenian Music Program is the provision of the Introduction to Armenian Music course, aimed at both music and non-music majors to serve as a window into one of the most unique music cultures of the world.

The Introduction to Armenian Music course is a lecture class inviting students to explore the history, tradition, and scope of the music of Armenia. Additionally, the class focuses on a variety of genres and approaches, as well as the interactions between music and culture, society, and history. Students meet for three hours a week; classroom demonstrations of Armenian music are provided by the VEM Ensemble and guest musicians. There is also an emphasis on the evolution of Armenian music within the macrostructure of Armenia’s socio-political and cultural development, as well as the rich history of engagement with other societies near and far. The class ensures that students receive a comprehensive introduction to the kaleidoscopic mosaic that is Armenian music and the complex factors that have shaped its multifaceted texture.

With a mission to engage the community and expand the reach of Armenian music, this program relies on partners at UCLA and beyond. The following partners help this program reach a larger audience and provide philanthropic resources that support this program’s ongoing activities: