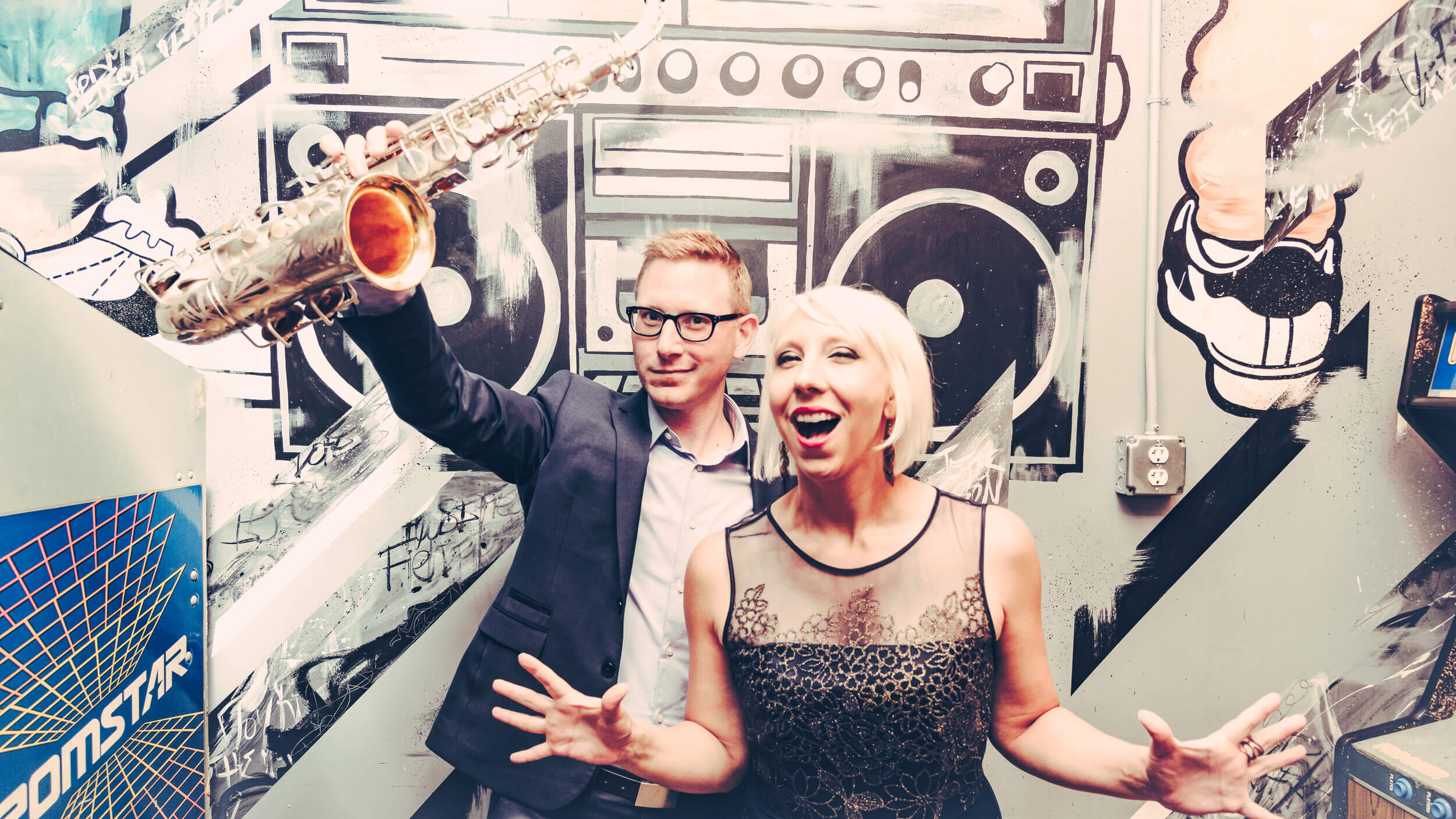 MIATP or Megan Ihnen and Alan Theisen present... will give a guest artist performance and lecture on Creative Placemaking in Classical Music and Career Strategies for Chamber Ensembles.

Power duo Megan Ihnen & Alan Theisen present… brings new music to audiences everywhere through theatrically informed voice/saxophone performances, curatorial projects, and collaborations across art forms. The programs created through their partnership have been praised as “a fresh look at what it means to be artists in the 21st century.” MIATp interweaves diverse repertoire from microtonal miniatures to pop song covers to Wandelweiser silences to heavy metal — conjuring sound worlds that are both ancient and futuristic, primal and fragile.

Their stylistically varied touring recitals, This World of Yes and Black Meridian, are performed at festivals and venues across the United States to audience acclaim. Selected appearances include Oh My Ears Festival (Phoenix), NEXTET contemporary music series (Las Vegas), the U.S. Navy International Saxophone Symposium (Virginia), the University of Tennessee Contemporary Music Festival, and New Music Gathering 2020 (Portland). In October 2019, MIATp released their art-pop banger Oil Islands with composer/producer Andrew Rodriguez. A full-length album of their program This World of Yes is forthcoming in 2020. Approximately twenty compositions have been dedicated to the duo by composers from around the world, including singer/songwriter/actress Gelsey Bell’s ode to the passing of the 19th amendment, Aviatrix.

Through NewMusicShelf (New York City), the members of Megan Ihnen & Alan Theisen present… individually published their Anthology of New Music for Mezzo-Soprano, Vol. 1 and Anthology of New Music for Alto Saxophone, Vol. 1. With soprano and media artist Misha Penton they curate the AVANT Art Music Video Series, a biannual online edition of videos by creators who integrate music and film. MIATp is a partnered ensemble with ADJ•ective Composers’ Collective as well as a fiscally sponsored project of Bang on a Can.

Both team members possess a wide array of skills: Ihnen is a mezzo-soprano force of nature (equally comfortable singing Brahms, musical theater, or George Crumb) with experience in music entrepreneurship, creative placemaking, and audience development while Theisen is an active multi-genre composer, arranger, and music theorist in addition to his career as a performer.

This event is made possible by the David and Irmgard Dobrow Fund. Classical music was a passion of the Dobrows, who established a generous endowment at The UCLA Herb Alpert School of Music to make programs like this possible. We are proud to celebrate this program as part of the 2020 - 21 Dobrow Series.