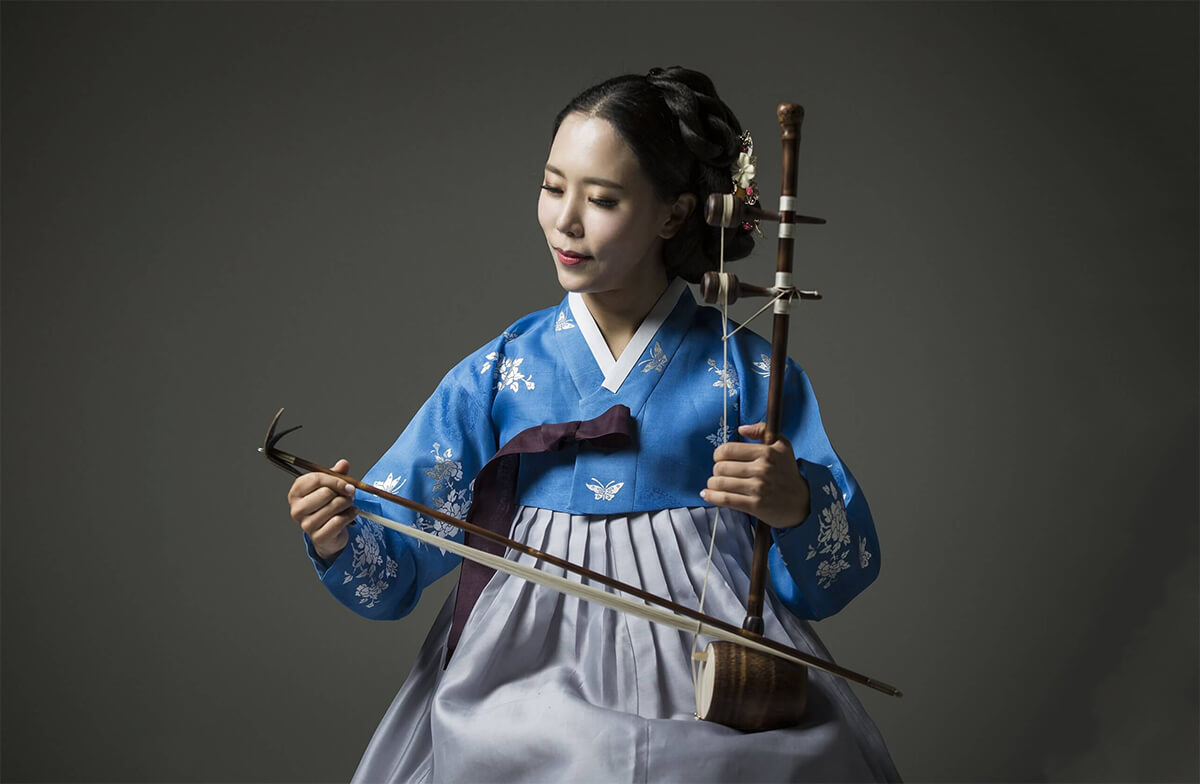 In the second event of the Virtual Korean Music Concert Series, Soo Yeon Lyuh shares her musical journey from performing traditional Korean music genres to her more recent explorations in composing and her collaborations with the Kronos Quartet. This virtual concert is co-sponsored by The UCLA Herb Alpert School of Music and the Korean Cultural Center of Los Angeles. After the virtual concert premieres on YouTube, join us for a “Meet the Artist” session on Zoom, moderated by Professor Katherine In-Young Lee.

Soo Yeon Lyuh is a haegeum (Korean two-string bowed instrument) player, composer, and improviser currently based in the San Francisco Bay Area. Her work aims to combine traditional Korean music and improvisatory experimental music, as exemplified in her pieces “Yessori (2017)” and “Moment 2020 (2020),” which were commissioned and premiered by the Kronos Quartet. Rigorously trained in court and folk repertories from a young age, Lyuh is known for her masterful performances of new compositions for the haegeum. Lyuh holds a B.A., M.A., and Ph.D. in Korean Musicology from Seoul National University where she taught for six years. More recently, she has organized workshops and lecture concerts in collaboration with composition and ethnomusicology faculty at UCLA, UC Berkeley, UC Santa Cruz, UC Davis, Mills College, Stanford, and the University of Hawai‘i at Manoa. Lyuh seeks to continually expand contemporary haegeum possibilities by regularly commissioning new works from composers worldwide and engaging with new media and technology.

This event is made possible by the Dean’s Faculty Opportunity Fund through The UCLA Herb Alpert School of Music.