Hear / Now / Then / There: subversion, sound, and the queer underground 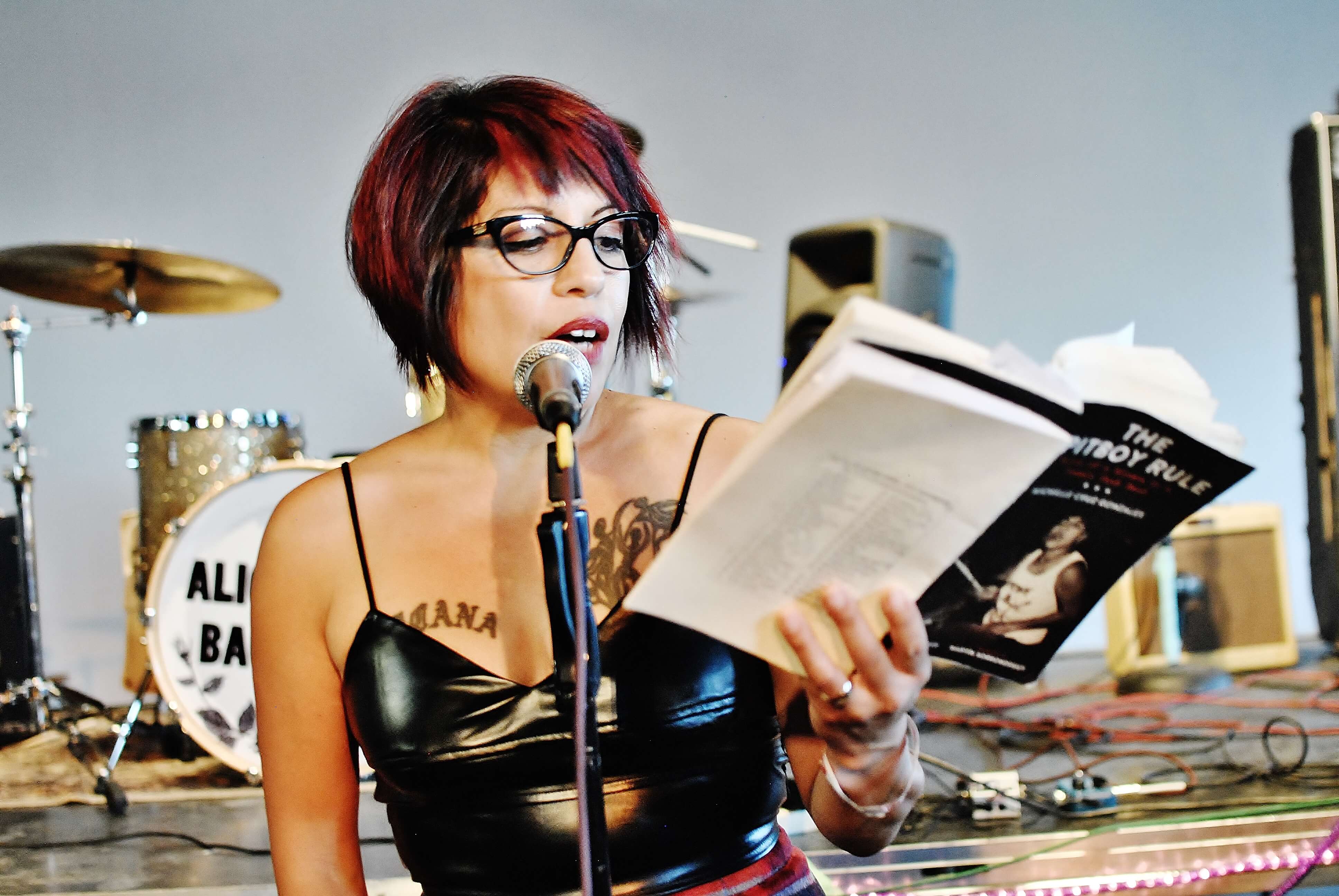 The Hear / Now / Then / There lecture series aims to bring together diverse communities of interdisciplinary artists and thinkers, using the university as a meeting ground for ideas, conversation, collaboration and contemplation. The second talk in this series features Michelle Cruz Gonzalez and Rudy Bleu in a lively conversation about music and performance art in the Music Library Reading Room.

Michelle Cruz Gonzales, a community college English professor, is the author of The Spitboy Rule: Tales of a Xicana in a Female Punk Band. She played drums and wrote lyrics for three bands in the 1980s and 1990s, Bitch Fight, Spitboy, and Instant Girl. She also played guitar and tambourine in Kamala and the Karnivores. Gonzales and Spitboy are featured in the 2017 documentary, Turn it Around: Story of East Bay Punk.

Rudy "Bleu" Garcia is a 1st generation Los Angeles born and raised Queer Chicano. He is a Mover, Shaker, Organizer, Curator, Zine maker, and gal about town. Known for work with Maricón Collective, bands such as $3Puta and Hot N' Heavy, clubs such as Outré, La Polla Loca, Spunk and the current East LA queer punk club sCUM among others. Rudy began organizing in the late 90's while writing his seminal queer zine Scutter. He was the Producer of RuPaul's Drag Con Los Angeles for World of Wonder since its inception in 2015-2017 and produced the first New York edition in 2017. He has curated group shows at Lethal Amounts Gallery, Charlie James Gallery, 3.1 Phillip Lim, Pasadena Armory Center For the Arts, Performances for Beach Goth 2017-2019, Queer Noise for the One Archives Foundation and currently manages San Cha, Aaron Marco and reps visual artist Radriguez.

Presented by the Center for Musical Humanities and the UCLA Music Library. Co-sponsored by UCLA Arts Initiative and the UCLA Division of the Humanities.