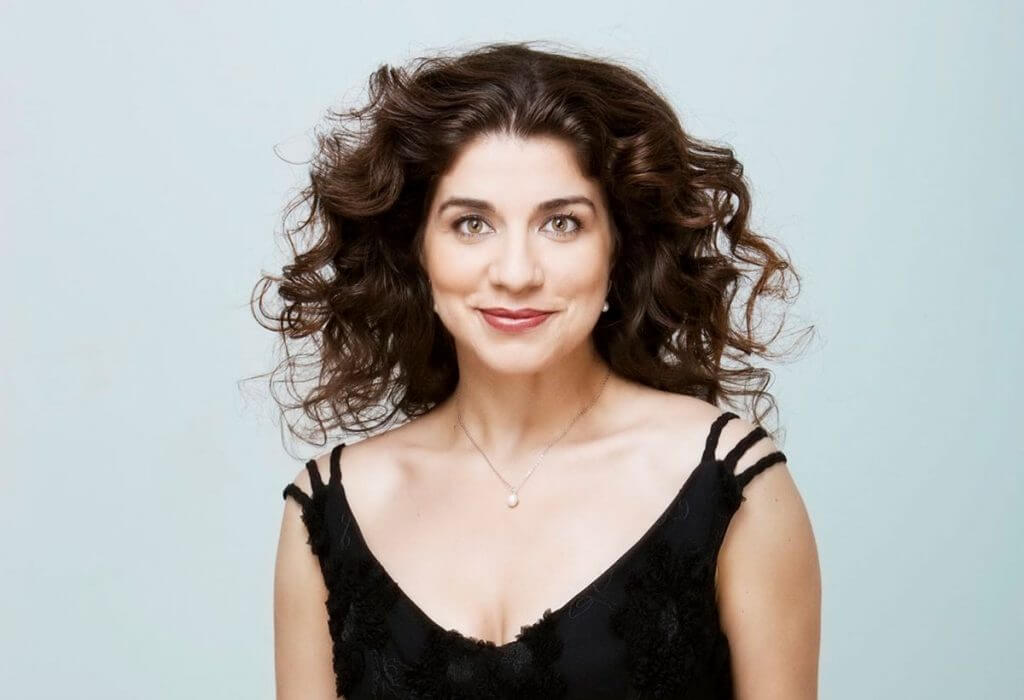 Meet Inna Faliks, the “adventurous and passionate” (The New Yorker) Ukrainian-born American pianist who has made a name for herself through her commanding performances of standard piano repertoire, as well genre-bending interdisciplinary projects, and inquisitive work with contemporary composers. After her acclaimed teenage debuts at the Gilmore Festival and with the Chicago Symphony Orchestra, she has performed on many of the world’s great stages, with numerous orchestras, in solo appearances, and with conductors such as Leonard Slatkin and Keith Lockhart. Learn about Faliks' work as she engages with attendees and explores the inspirations behind her performances.

Faliks is currently Professor of Piano and Head of Piano at UCLA.  Critics praise her “courage to take risks, expressive intensity and technical perfection” (General Anzeiger, Bonn), “remarkable insight” (Audiophile audition) “poetry and panoramic vision” (Washington Post), “riveting passion, playfulness” (Baltimore Sun) and “signature blend of lithe grace and raw power” (Lucid Culture.)  Highlights of the recent seasons include performances in Ravinia Festival and the National Gallery in DC, recital tours of China, with appearances in all the major halls such as Beijing Center for Performing Arts, Shanghai Oriental Arts Theater and Tianjin Grand Theater, as well as acclaimed performances at the Festival Intenacional de Piano in Mexico,  in the Fazioli Series in Italy and in Israel’s Tel Aviv Museum, at Portland Piano Festival and with the Camerata Pacifica, with the modern dance troupe Bodytraffic at the Broad Stage Santa Monica, and Jacaranda Series in Los Angeles, where she performed Rzewski’s The People United Will Never Be Defeated. Faliks has been featured on WQXR, WNYC, WFMT and many international television broadcasts, and has performed in many other major venues such as Carnegie Hall, Met Museum, Moscow’s Tchaikovsky hall, etc. She collaborates and premieres music by some of today’s most important composers such as Billy Childs, Richard Danielpour, Timo Andres and Clarice Assad. She is known for her poetry-music series Music/Words, and has collaborated with many important poets. She regularly tours with her monologue-recital Polonaise-Fantasie, the Story of a Pianist, which tells the story of her immigration to the United States from Odessa. This has been recorded on Delos; other acclaimed recordings include all-Beethoven, and Rachmaninoff/Ravel/Pasternak discs for MSR Classics. Upcoming recordings include Reimagine Beethoven and Ravel (9 world premieres) on Parma and the Master and Margarita project, with three world premieres and Liszt Sonata in b minor, on Sono Luminus. These programs will be performed nation-wide in 2020-2021.

Faliks is also a writer – her article on China and classical music was recently published by the Washington Post.  Inna Faliks is a Yamaha Artist, and is represented by John Gingrich Management.

This event is made possible by the Lowell Milken Center for Music of American Jewish Experience at The UCLA Herb Alpert School of Music with additional support from Temple Israel (West Bloomfield, MI).