This new program of works for soprano saxophone will feature the voices of Latinx artists, their stories, their art and the stories of artists who inspire them. 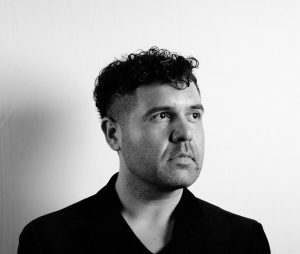 Hernandez is an endorsing artist for Key Leaves, RooPads, Lefreque Sound Bridges, MANA Mouthpieces and D’Addario Woodwinds. He performs on historical saxophones built to the acoustical specifications of the instrument’s inventor, Adolphe Sax and is currently principal saxophonist of the Santa Cruz Symphony. Michael resides in San Jose California where he serves on the faculty of San Jose State University as the Assistant Professor of Saxophone and Music Entrepreneurship.

Michael’s primary teachers include, Wildy Zumwalt, Ronald Caravan, Patrick Meighan and Carina Raschèr. As a student Michael also received extensive coaching from the Raschèr Saxophone Quartet in Germany as well  as  in the United States 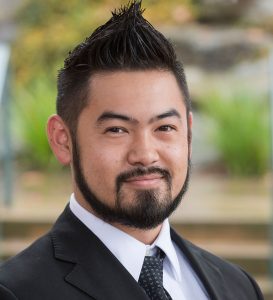 Dr. Lo currently serves on the Piano Faculty at the University of La Verne.

“…And the pleasure blooms to die” is a new work for soprano saxophone and piano written for Michael Hernandez by Juan Sebastián Cardona Ospina. The work is based on the writings of Queer Colombian author, Fernando Molano who tragically died of AIDS at the age of 37. Fernando Molano’s first novel is called Un beso de Dick and was published in 1992. It tells the love story between two teenage men who are at school. When the composer and musician Juan Sebastián Cardona read it in 2013, he saw a part of his life reflected. He was reminded of his first love, of two men exploring their sexuality openly. In 2016, a book by Fernando Molano left an indelible mark on him. At that time he lived in Bogotá where he was employed as a music teacher. As he read Vista Desde Una Acera (View from a Sidewalk) 2012, his favorite Molano novel, for the second time, he noticed a series of coincidences. Fernando, the narrator of the novel, tells that he grew up in a house built by his father on South 27th Street in the San José neighborhood. Sebastián lived near that street, in the same sector of the city. He also spent many days reading at the Luis Ángel Arango, a place that Fernando Molano frequented many times during his life.  This was also the very same library that Molano’s manuscript for his final novel was discovered several years after his death. “It was a time when I was very lonely and I enjoyed that solitude there,” Sebastian said. Seeing so many symmetries between the universe of Fernando Molano and his own life, Sebastián has used Molano’s writings to inspire several of his works.

Cesonia y El Espejo was written for Michael Hernandez in 2021 as part of his MANAlogs program. Luis Miguel was inspired by the existential play “Caligula” by Albert Camus. The infamously cruel Caligula, in Camus’s words was

“a seemingly kind prince, [who] realises upon the death of Drusilla (his sister and his mistress) that “men die and they are not happy.” Obsessed by the quest for the Absolute and poisoned by contempt and horror, he tries to exercise through murder and systematic perversion of all values, a freedom, which he discovers in the end is not truly freedom. He rejects friendship and love, simple human solidarity, good and evil. He takes the word of those around him, he forces them to logic, he levels all around him by force of his refusal and by the rage of destruction which drives his passion for life. But if his truth is to rebel against fate, his faculty is to oppose, and deny other men. One cannot destroy, without destroying oneself. This is why Caligula depopulates the world around him and, true to his logic, makes arrangements to arm those who will eventually kill him. Caligula is the story of a superior suicide. It is the story of the most human and the most tragic of errors. Unfaithful to man, loyal to himself, Caligula consents to die for having understood that no one can save himself all alone and that one cannot be free in opposition to other men.” In Cesonia y El Espejo, Luis Miguel has taken the character of Cesonia as well as her conversations with the mirror (Espejo) and has fashioned a musical monologue out of her lines in Act 1. He has taken melodic ideas and distorted them in a mocking tone of slap tongues to represent the character of the mirror. In this way you hear both sides of the conversation between Cesonia and her reflection (El Espejo).

“Before You Run” The inspiration for this piece comes from the published children’s book, Paseo y Huellas. The book is used in schools and churches as a way to inform Central American families of the real dangers of journeying to the United States. The saxophone is accompanied by recorded voices that represent the thousands of people who have to confront these difficult decisions daily. This version for soprano saxophone and electronics was adapted at the request of Michael Hernandez for the 2023 season.

Paysage Frontière, translated as Border Landscape was originally commissioned by clarinetist Vince Dominguez in 2019, and was adapted by Ibarra for Michael Hernandez in 2021. The piece was written to underscore the border crisis that escalated in the 2010’s between the United States and Mexico. In this work, the theme is established specifically with the installation Resistencia by Marcela Armas in mind. In this visual installation, the borderline of Mexico and the United States is drawn in the dark space of the room with an incandescent metallic filament. According to the installation’s own description, “The work is presented in the physical space as a real limit, overflowing with the tension and incandescence. Resistance is a representation of the United States-Mexico border executed with a metal incandescent filament called resistance heating. A series of steel cables, or “tensors”, allow the set of vectors to configure the border drawing in three-dimensional space. The wires act as a group of forces in tension that enable the line to be sustained in space.” The resistance used in the installation establishes a metaphorical relationship to the sociopolitical reality that is lived on both sides of the border by representing it as an overwhelming line, filled with tension and incandescence. Resistance heating demands and consumes large amounts of energy from the electrical grid that feeds it.

Taking this installation as a reference and in accordance with my usual way of working from graphic sketches that I transform into melodic designs, I reference the tension and fold points of the metallic filament that turns on and off in the dark space. Similarly, the idea of incandescence, on and off, are present in the nuances and notes that accompany the melodic design on which the piece is structured. The idea of resistance becomes a constant, immutable, unifying force that is interwoven between the visual universe, present in the installation of weapons, and in the sound in the acoustic space remains empty. The work reflects the border as a dangerous edge, as well as the rupture and distortion of relations between two neighboring nations.”