Musics from Around the World: Southern California Composers in Concert: Christopher Adler 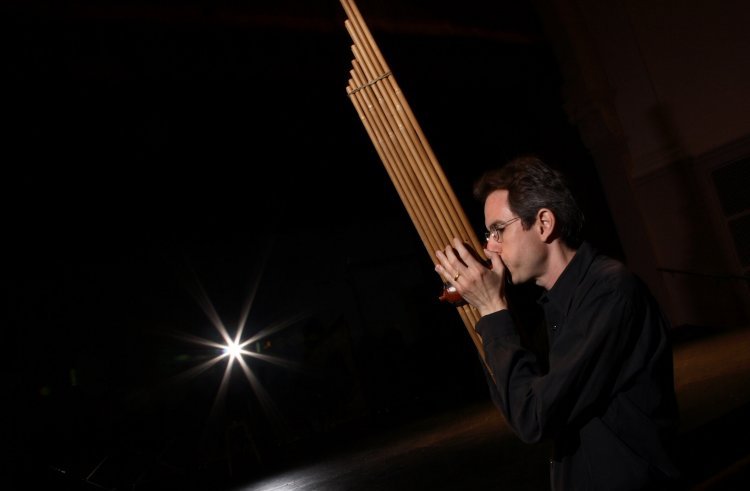 Our first concert in the series features composer, performer, and improviser Christopher Adler.

Adler will present his work with the khaen, the bamboo free-reed mouth organ of Laos and Northeast Thailand, an instrument he has championed for over twenty-five years. He will perform traditional and contemporary solos as well as two duos with violinist Batya MacAdam-Somer, including the world premiere of a new adaptation of a piece originally for Chinese instruments.

Adler's compositions encompass cross-culturally hybrid forms drawn from contemporary concert music and traditional musics of Thailand and Laos, the application of mathematics to composition, and the integration of improvisation into structured composition. He is a foremost performer of traditional and new music for the khaen, establishing it as a concert instrument by commissioning, performing, and recording over thirty new works by thirteen composers from around the world. He is a pianist with Nief-Norf and NOISE, an Affiliated Artist with San Diego New Music, a co-founder of the soundON Festival of Modern Music, Director of Composition for the Nief-Norf Summer Festival, and Professor of Music at the University of San Diego. His work may be heard on Tzadik, Innova, Blue Griffin, Liber Pulveris, pfMENTUM, Rattle, Blue Leaf, Nine Winds, Artship Recordings, Vienna Modern Masters, Centaur, Traditional Crossroads, Circumvention, and Accretion Records.

Musics from Around the World: Southern California Composers in Concert is funded by the Hugo and Christine Davise Fund for Contemporary Music; the fund is administered by the UCLA Music Library to support contemporary music in any genre.