Musics from Around the World: Southern California Composers in Concert: Daniel Ho 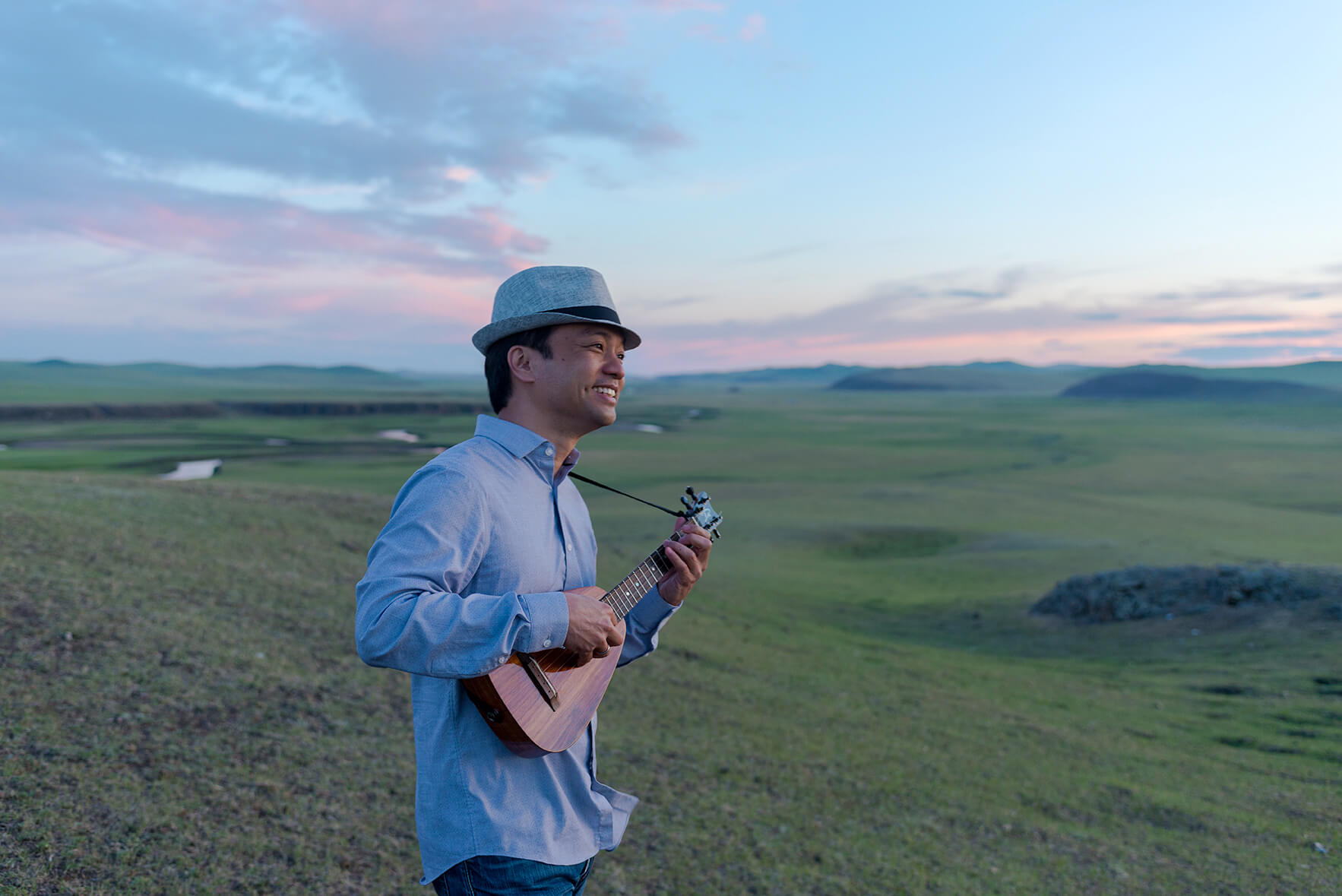 Daniel’s collaborations transcend genres – from Hawaiian Regional Roots, to World Music with Taiwanese aboriginals and Mongolian nomads, to duets with Pepe Romero the maestro of classical guitar, to jazz and rock with Tak Matsumoto of the Japanese supergroup B’z.

As an artist and clinician, Daniel performs throughout the US and internationally. In infinite pursuit of new musical adventures, he is the designer of the Romero Creations Tiny Tenor ‘ukulele, and the Ohana Bongolele and Shakerlele. His custom-designed six-string ‘ukulele is on exhibit at the Grammy Museum in Los Angeles. His most recent foray into performance includes acting and singing in the semi-autobiographical musical "Pineapple Mango." A productive outcome from the pandemic: Daniel’s newfound passion for filming and video editing has added a new dimension to his artistry.