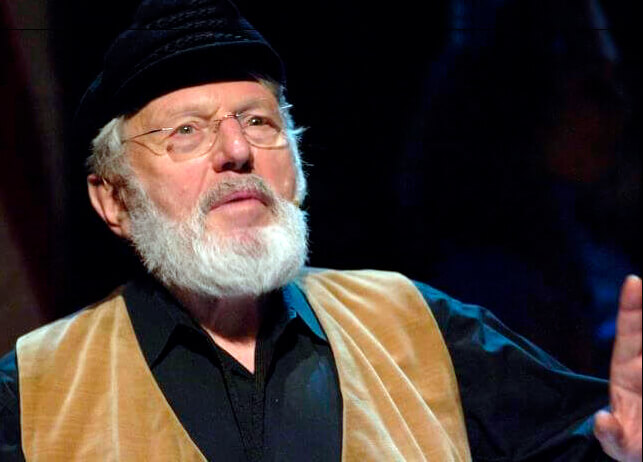 Theodore Bikel (1924-2015) wanted to be known as 'the singer of his people'. In this program of storytelling and music, his wife, Aimee Ginsburg Bikel, along with Peter Yarrow, Arlo Guthrie, Daniel Kahn and friends, pay tribute to the legendary Academy, Emmy, Tony and GRAMMY-nominated Actor and folksinger; a civil rights, peace, and Jewish activist; and a devoted labor union leader. He was known for creating iconic roles on stage, film, and TV, such as Captain Von Trapp in the Broadway production of The Sound Of Music, and he played Tevye in Fiddler On the Roof more than any actor in history. With Pete Seeger, Theo founded the Newport Folk Festival, and recorded dozens of best selling albums in many languages. He was beloved for his leading role in keeping Yiddish culture alive, and for being an outspoken voice for Justice. He is most cherished for his undying devotion to Tikkun Olam, the daily work of making our world a better place. May his memory be for a blessing.

This event is made possible by the Lowell Milken Center for Music of American Jewish Experience at The UCLA Herb Alpert School of Music in partnership with the Dortort Center for the Arts - Hillel at UCLA, the National Museum of American Jewish History, the UCLA Mickey Katz Endowed Chair in Jewish Music, the UCLA Alan D. Leve Center for Jewish Studies, and YIVO.