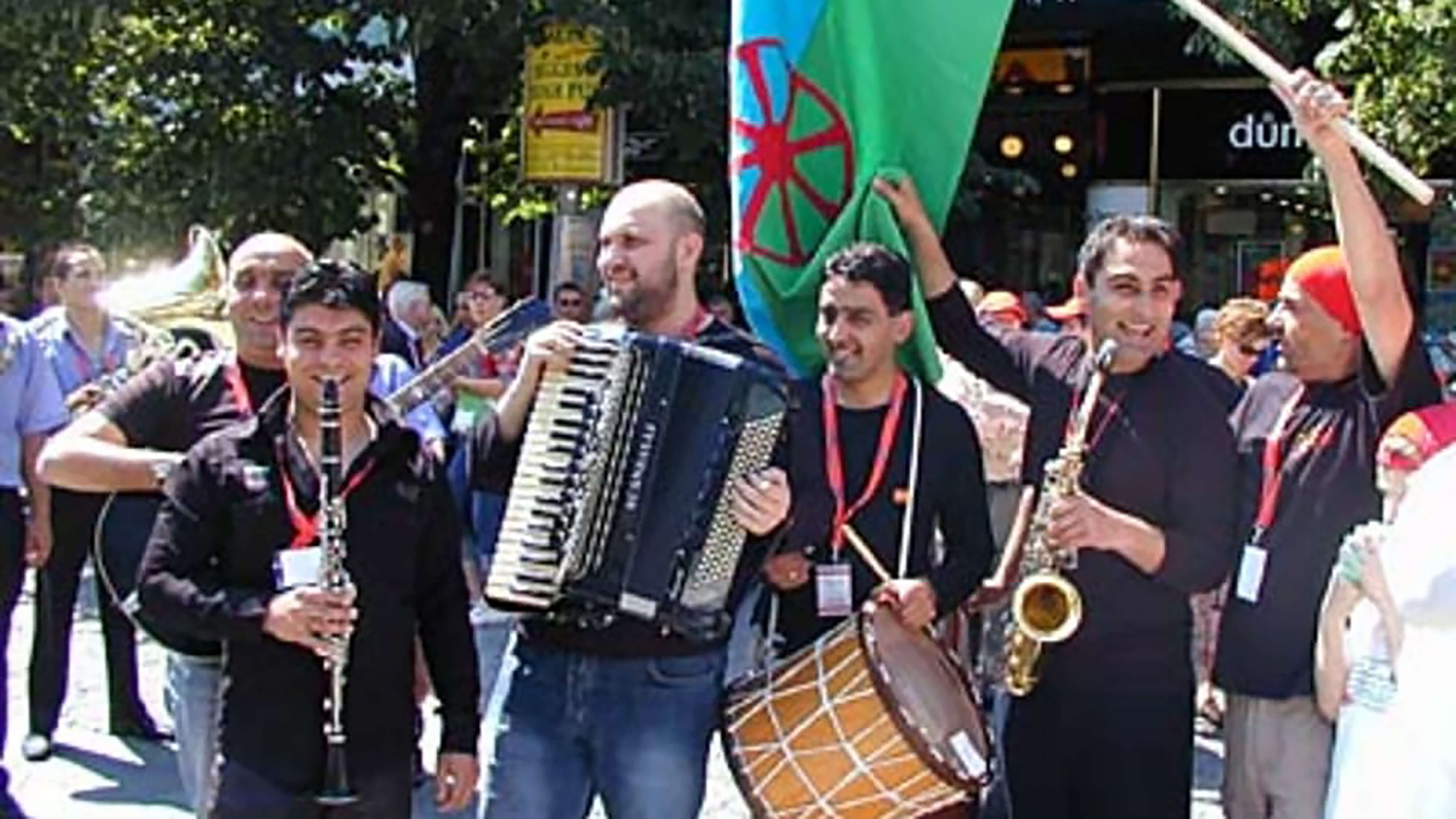 Join Romani activist/scholar Ioanida Costache and Professor Carol Silverman, a non-Romani ally, in a talk that contextualizes the persecution and exoticization of Roma and explores the possibilities and limits of musical activism, tracing the impetuses and challenges it poses.

Romani people are both Europe’s largest ethnic minority and its most vulnerable population, having been targets of genocide and slavery. As a diasporic and racialized group, the very presence of Roma has constituted a foil to European whiteness. Often praised for their musical prowess, yet loathed as supposed “outsiders” to the nation, Roma must navigate an often xenophobic, racist, and hostile society. At the same time, Romani culture is exoticized, extracted, and commodified through festivals, commercial music, and mainstream media, where non-Roma are often the producers.

Carol Silverman is Professor of Cultural Anthropology and Folklore/Public Culture at the University of Oregon; she has done research with Roma for over 40 years in the Balkans, Western Europe and the US, on politics, music, dance, human rights, gender, and migration, with a focus on representation. Her 2012 book Romani Routes: Cultural Politics and Balkan Music in Diaspora (Oxford), won the book prize from the Society for Ethnomusicology, and her new book Balkanology (Bloomsbury) on the politics of Bulgarian wedding music will be published in 2021. She works with the NGO Voice of Roma on activist projects, is curator for Balkan music for the international digital RomArchive, and is a professional vocalist and teacher of Balkan music.

Ioanida Costache is a Ph.D. candidate in ethnomusicology at Stanford University. Her research explores issues of race and ethnicity, performance/construction of identity, cultural memory, trauma, and history as they intersect in Romanian-Romani musico-oral traditions. She is the recipient of a Fulbright Research Grant in Romania and a Mellon-CES Dissertation Completion Fellowships in European Studies among other grants and awards. She has held visiting fellowships at the USC Shoah Foundation Center for Advanced Genocide Research and the Jack, Joseph and Morton Mandel Center for Advanced Holocaust Studies at the U.S. Holocaust Museum. Her writing has been published in Critical Romani Studies, Bridge Magazine, Baricade and Decat o Revista.

REGISTER ABOVE VIA ZOOM