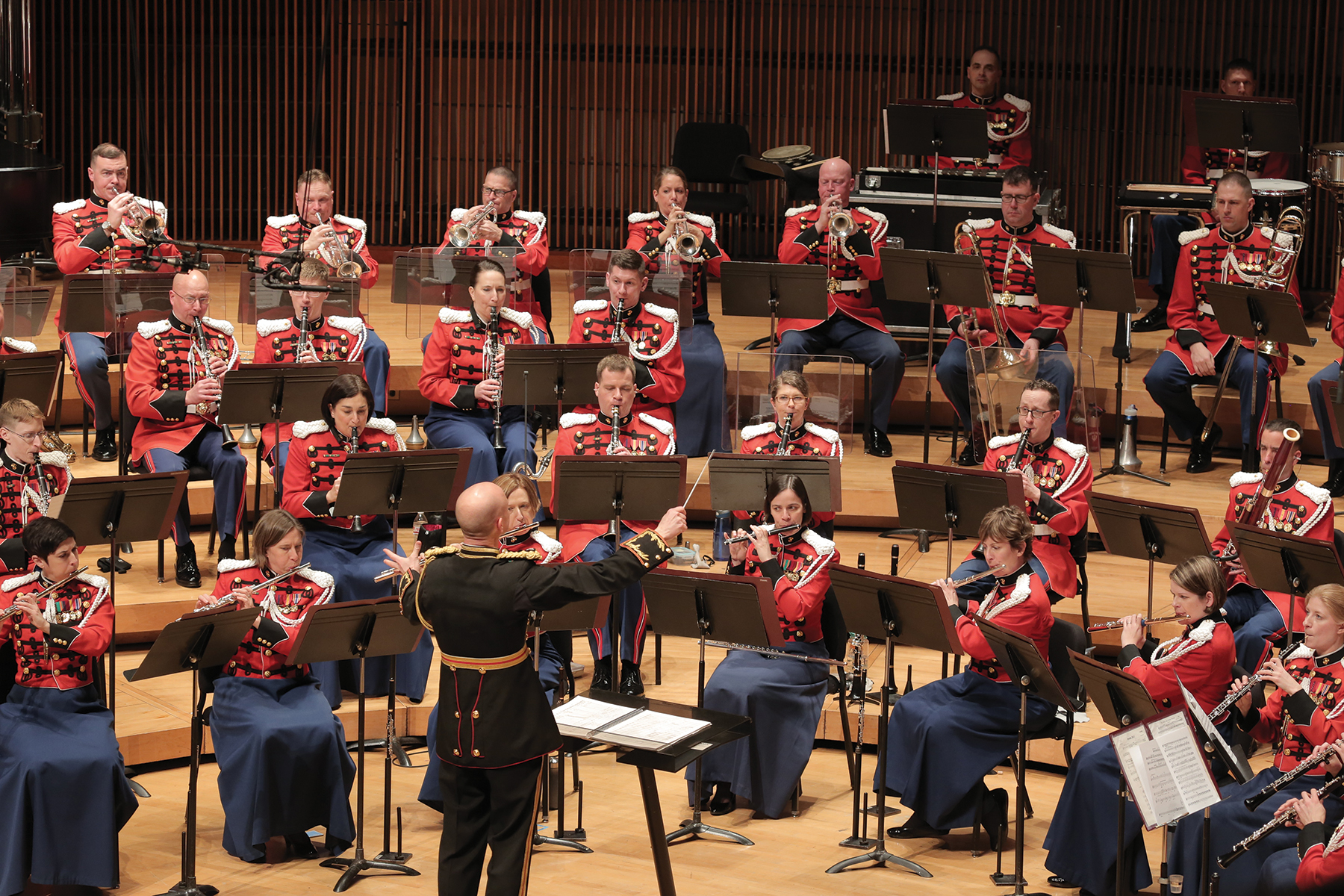 The Marine Band is America's oldest continuously active professional musical organization. Founded in 1798, the band has performed for every U.S. President since John Adams. Known as "The President's Own" since the days of Thomas Jefferson, the Marine Band's mission is to provide music for the President of the United States and the Commandant of the Marine Corps.

John Philip Sousa became the band's 17th Director, who initiated the concert tour tradition in 1891 of the Marine Band, (His father enlisted him in the United States Marine Band as an apprentice in 1868.) Sousa left the Marine Band in 1892, "The President's Own" made only five tours—1901, 1907, 1911, 1912, and 1915—before traveling yearly between 1920 and 1931. The band suspended touring during the Depression years of 1932-1934, but took to the road again in 1935 and continued until 1942. During World War II, the band played many additional performances in Washington, D.C., and at the White House to boost wartime morale. The Marine Band's national concert tours resumed in 1946 and have continued every year since.

Marine Band Director Col. Jason K. Fettig has chosen a diverse mix of programs from traditional band repertoire and Sousa marches to instrumental solos and a salute to the Armed Forces.

“We always try to highlight music on our programs that celebrates the region we are visiting, whether it be marches that provide a connection or folk music that might be associated with certain areas of the country,” said Marine Band Director Col. Jason K. Fettig. “We have tremendously appreciative patrons who come to Marine Band concerts for all types of different experiences, so our programs are designed to include a great variety of music that mirrors the wonderful diversity in our national musical heritage.”

Note: All tickets have been reserved. However, on the day of the concert at 7:15 p.m., any unclaimed tickets will become available to the public on a first-come basis. Patrons who wish to pick up unclaimed tickets may do so at the stand-by line at Royce Hall.