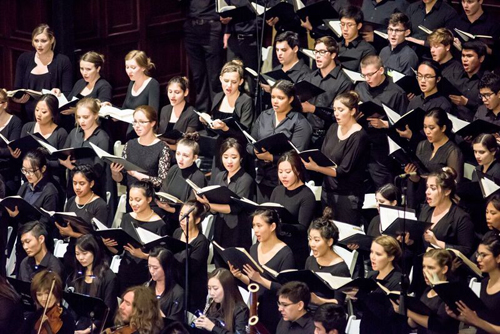 The UCLA Chamber Singers, UCLA Opera Theater, and Tesserae Baroque Orchestra will present two performances of Handel's masterpiece Acis and Galatea. Described as a masque, a pastoral, and a "little opera" by the composer himself, Acis and Galatea has been experienced by every generation since its premiere in 1718. Written as a courtly entertainment about the simplicity of rural life, Acis and Galatea contains some of Handel's most beautiful music composed for solo voices and chorus.

This event is made possible by a generous gift from Judith Smith, as well as the David and Irmgard Dobrow Fund. Classical music was a passion of the Dobrows, who established a generous endowment at The UCLA Herb Alpert School of Music to make programs like this possible. We are proud to celebrate this program as part of the 2022 - 23 Dobrow Series.