In this participatory workshop, internationally acclaimed composer and trumpeter Wadada Leo Smith introduces performers into the art of the Ankhrasmation symbolic language. While the language is extremely precise in terms of the relationship between discrete musical events, performers are invited to explore the meaning of the various symbols and colors. This event is a collaboration with the Global Jazz Studies Program and Herbie Hancock Institute of Jazz Performance at UCLA.

Wadada Leo Smith is a 2019 UC Regents Lecturer at UCLA. The Regents’ Lecturer program of the University of California was instituted in 1962 to encourage rare and valuable interaction between gifted non-academics and the university community.

Wadada Leo Smith: Four Symphonies (Excerpt from performance on December 17, 2017 at The Lab in San Francisco) 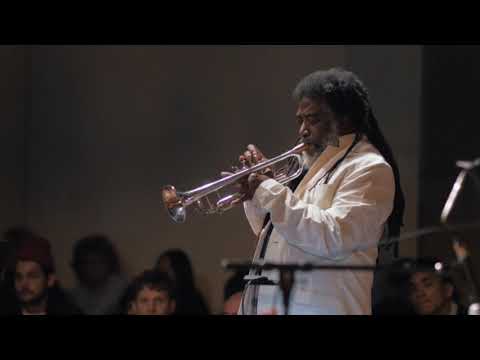