Mykki Blanco: The Worlds I Inhabit 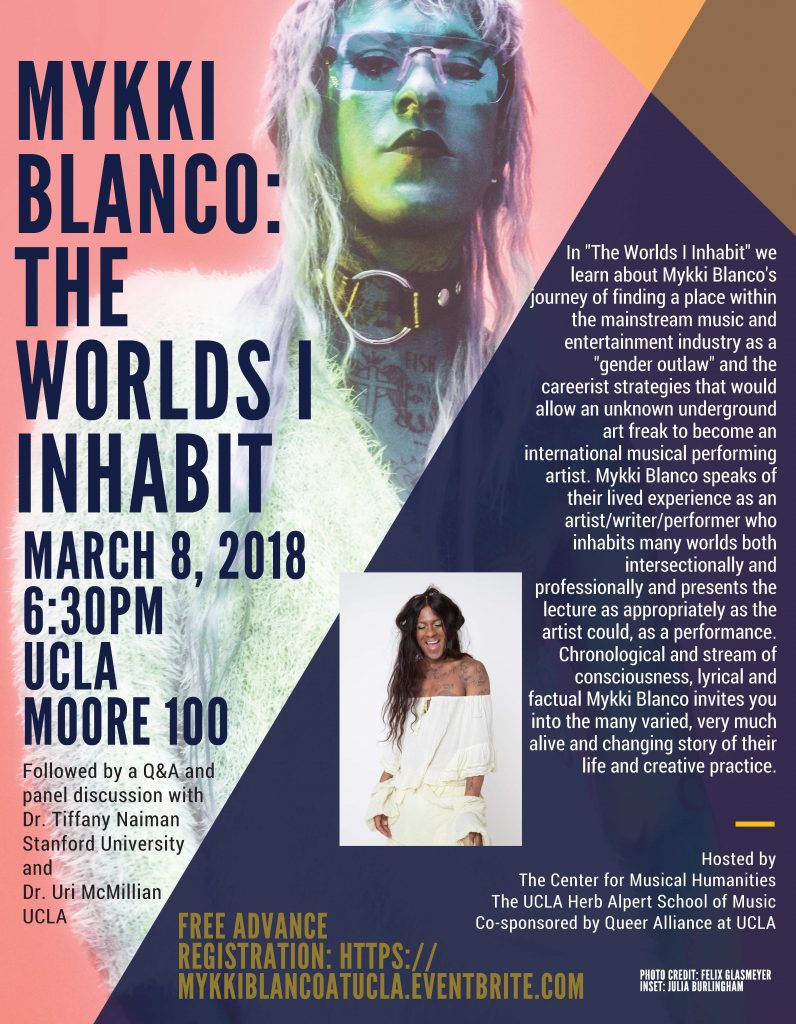 In “The Worlds I Inhabit” artist Michael David Quattlebaum Jr., aka Mykki Blanco, tells the autobiographical story of his origins. A child actor, poet, teenage prostitute, performance artist and musician, Quattlebaum is an activist and one of the only vocal HIV positive entertainers in the world. Interweaving stories of personal failures and career triumphs, laying bare the realities of racism, homophobia, abuse and sexual trauma that would be critical pillars of his creative practice as well the artists exploration of their gender identity we learn the making and unmaking of Mykki Blanco. In “The Worlds I Inhabit” we learn about Quattlebaum’s journey of finding a place within the mainstream music and entertainment industry as a “gender outlaw” and the careerist strategies that would allow an unknown underground art freak to become an international musical performing artist. In “The Worlds I Inhabit”, Mykki Blanco speaks of their lived experience as an artist/writer/performer who inhabits many worlds both intersectionally and professionally and presents the lecture as appropriately as the artist could, as a performance. Chronological and stream of consciousness, lyrical and factual Mykki Blanco invites you into the many varied, very much alive and changing story of their life and creative practice.