Cesare, Child of Night: A Horror Opera Based on “The Cabinet of Dr. Caligari” 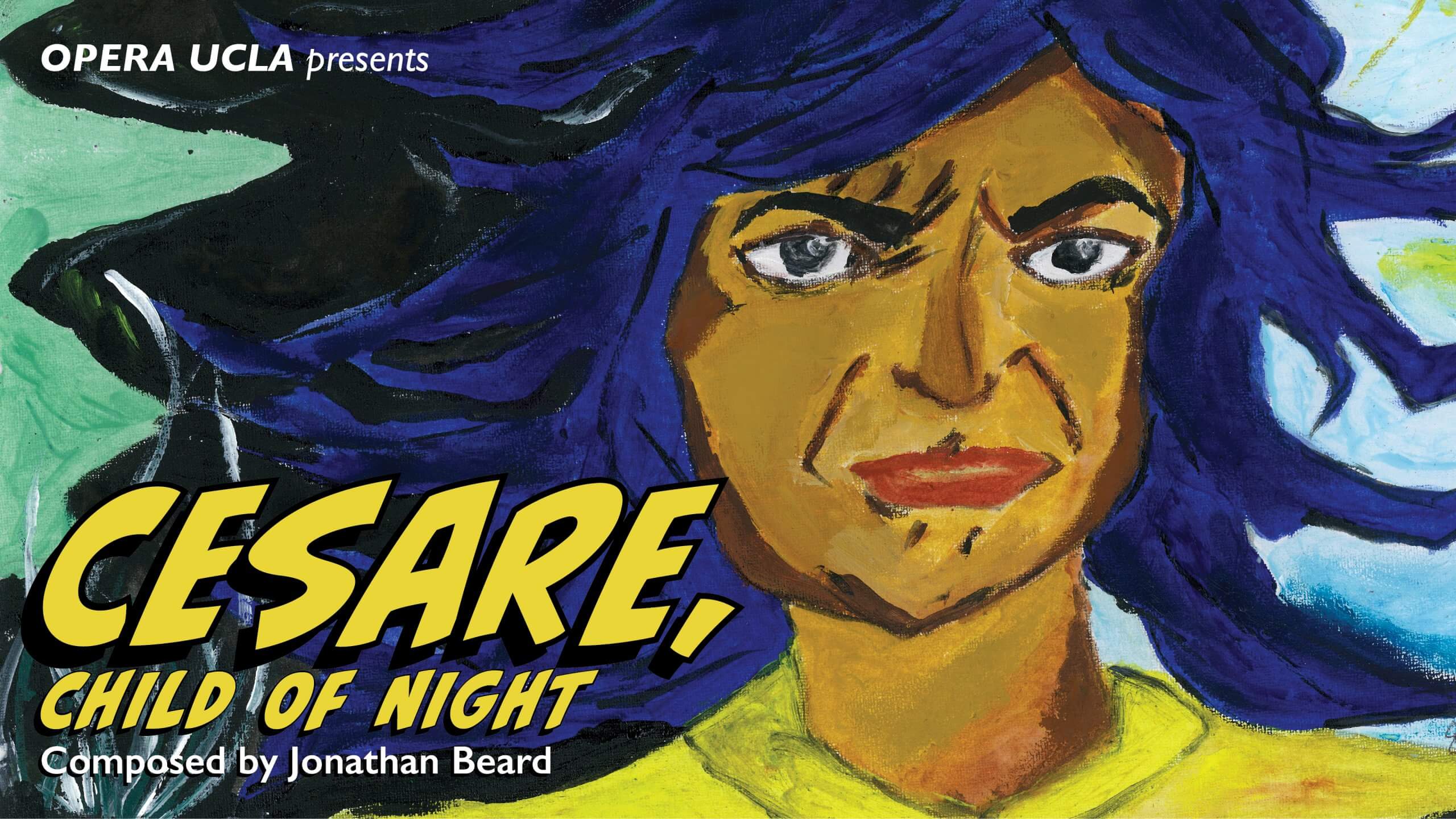 Cesare, Child of Night is a one-act electroacoustic opera based on the 1920 German silent horror film The Cabinet of Dr. Caligari - acclaimed by film critic Roger Ebert as "the first true horror film" and by film reviewer Danny Peary as "cinema's first cult film and a precursor for arthouse films."

Cesare is infused with a number of broad musical interests pulled into one whole, including early 20th century modernist and cabaret elements, contemporary sound design, cinematic DNA, asymmetric electronic grooves, adventurous orchestration, all percolating within the long and rich operatic tradition. The opera contains subtle "signifiers" from music of that era combined with contemporary operatic techniques and sound design, bringing electronic instruments into the mix with the acoustic ensemble.

After 5 years of work on the music, the opera will have its world premiere on Halloween night, Oct. 31 via a virtual online live stream. Stewart Schill draws on footage from the original Cabinet of Dr. Caligari silent film, re-edited to accompany the revised narrative, while creatively intercut with a series of fifteen original paintings by artist Sufia Sadaf that depict each of the opera's tableaus.

This event includes the world premiere of Cesare, Child of Night, as well as a panel moderated by Peter Kazaras, Director of Opera UCLA.

This event is made possible by the David and Irmgard Dobrow Fund. Classical music was a passion of the Dobrows, who established a generous endowment at The UCLA Herb Alpert School of Music to make programs like this possible. We are proud to celebrate this program as part of the 2021 - 22 Dobrow Series. 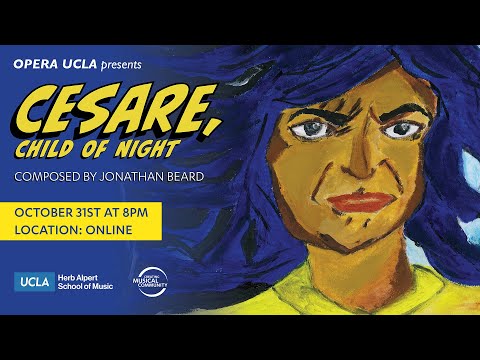 Watch above on Halloween night at 8PM.

EXPLORE ALL SCHOOL OF MUSIC EVENTS
EXPLORE ALL SCHOOL OF MUSIC EVENTS
It's a Tuba & Euphonium Holiday!
7:30pm
Free
contemporary
It's a Tuba & Euphonium Holiday!
Join the UCLA Tuba and Euphonium Studio for a celebration of the holidays, including decorations, great music performed by the tuba & euphonium students, with pizza and snacks outdoors following the concert.
Schoenberg Hall
Klezmer Workshop with Kurt Bjorling
5:00pm
Free
masterclasses
Klezmer Workshop with Kurt Bjorling
Learn klezmer repertoire with the talented and versatile musician, Kurt Bjorling, who performs on basset-horn, bass clarinet, ‘tsimbl,’ saxophone, and accordion, is noted for a penetrating understanding of ‘klezmer’ music. He is the music director of the Chicago Klezmer Ensemble, founded in 1984.
Zoom
Kol Nidre: Audio-Visual Dramaturgies - Part 4
9:30am
Free
lectures-symposia
Kol Nidre: Audio-Visual Dramaturgies - Part 4
A 4-part Interdisciplinary Conference Series on the Relationships between Religion and the Arts, organized by Prof. Mark Kligman (UCLA) and Dr. Ruthie Abeliovich (The University of Haifa) Part 4: Kol Nidre’s Many Spaces: From the Synagogue to the Archive The Kol Nidre ritual event and its depictions in literature, music and film provide valuable examples of artistic expression. This session will explore through film, music and performance, the rare moments of inclusion during a time of solemn devotion. Kol Nidre…
Zoom
Italian Opera for the Yiddish-Speaking Masses in Early 20th-Century America
5:00pm
Free
lectures-symposia
Italian Opera for the Yiddish-Speaking Masses in Early 20th-Century America
This lecture delves into the interconnections between the Jewish and Italian opera spheres in the early 1900s, showing how Ivan Abramson capitalizes on the cultural overlap between the two immigrant groups as simultaneously outsiders and insiders in the world of opera to promote his popular price company.
Zoom