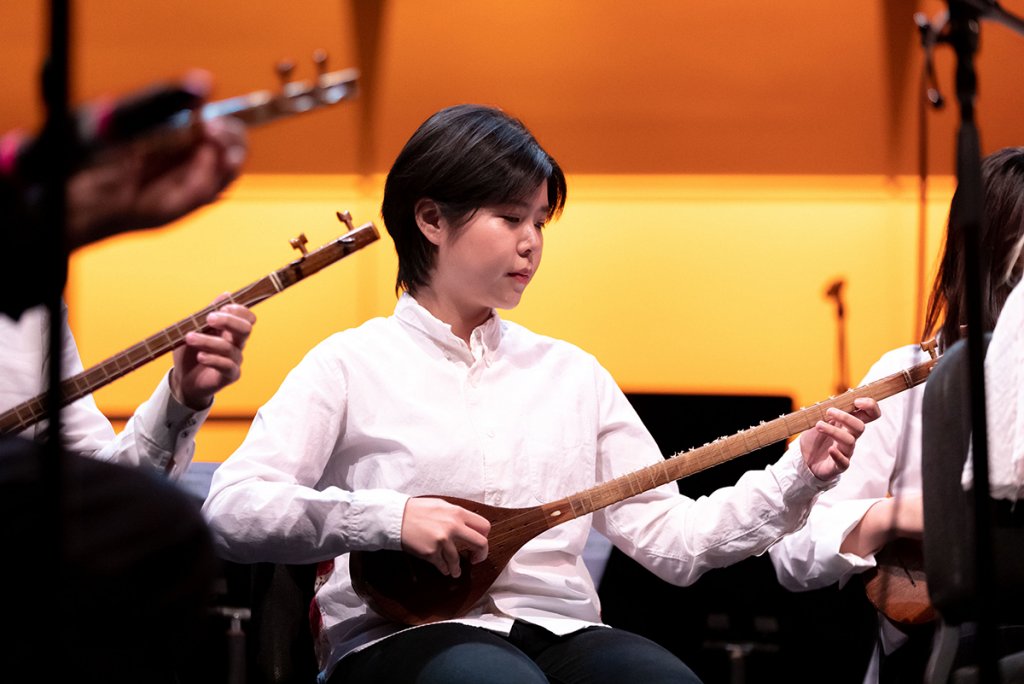 The Iranian Music Program follows a mission to combine interest in music as an art form with questions about how musical art and practice relate to other aspects of Iranian culture, society and history. The courses invite students to take both a theoretical and a hands-on approach to issues of Iranian music, including improvisation, mode, rhythm, dance, pedagogy and poetry. These courses bring the rigor of scholarship in conversation with the experience of music-making. 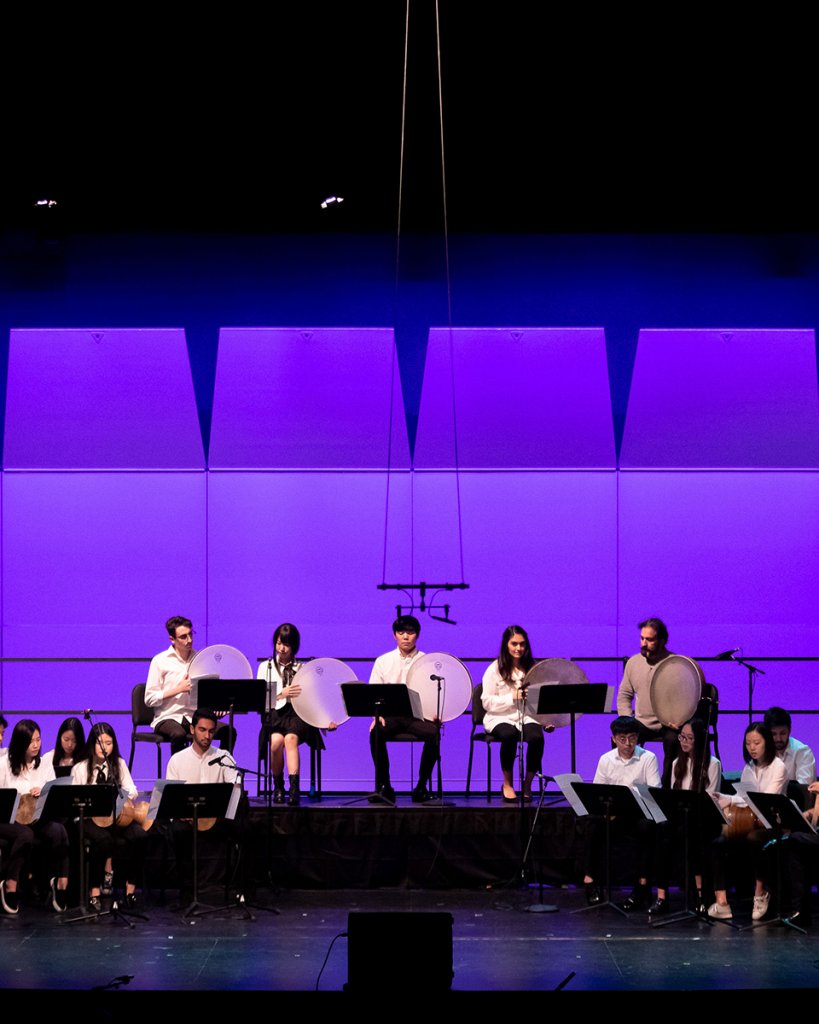 A message from the Inaugural Dean

“Establishing a program in Iranian music under the leadership of Director Farzad Amoozegar is an exciting step for The UCLA Herb Alpert School of Music, and one that reflects our ties to the community. Southern California is home to the largest diasporic Iranian population and a vital musical scene that helps to fuel performance of and scholarship about Iranian music at the School of Music. The support of the Farhang Foundation and other generous donors make our program’s offerings possible for the Iranian and campus communities, including the establishment of an Iranian Music Minor. We are grateful for their partnership.

The program’s music ensembles, courses, and symposia will continue to use the rich cultural and musical heritage of Iran to build connections locally and internationally. Our faculty offer deep expertise in the performance and study of Iranian music, and students can explore traditional, popular and other styles. This program provides a collaborative and supportive environment for their artistry and scholarship, and we look forward to what’s to come.” 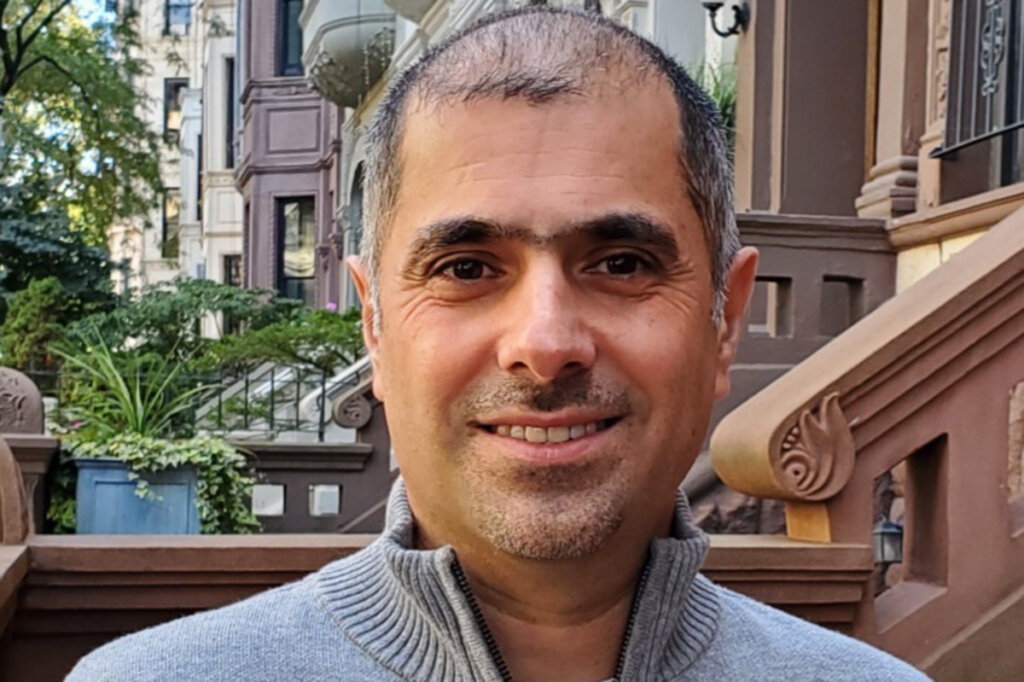 The School of Music is proud to announce Professor Farzad Amoozegar as the new Director of the Iranian Music Program. His appointment represents the continued partnership between The UCLA Herb Alpert School of Music and the Farhang Foundation, an organization dedicated to celebrating Iranian art and culture in the community. The Foundation’s support has enabled Professor Amoozegar and his colleagues to establish courses and collaborations that connect School of Music students with the local and global Iranian musical community.

ETHNMUS 91L – This course surveys the basic structure of rhythmic patterns in Persian music. Classes are taught online via Zoom. Students will be introduced to different rhythms of both folk and classical traditions, by watching various music samples and practicing. In each session, students will learn the basic techniques of tombak or daf as well.

ETHNMUS 161L – This course surveys the basic structure of rhythmic patterns in Persian music. Classes are taught online via Zoom. Students will be introduced to different rhythms of both folk and classical traditions, by watching various music samples and practicing. In each session, students will learn the basic techniques of tombak or daf as well.

Gender and Sexuality in Iranian Music

ETHNMUS 188 – This course explores current practices of Iranian music in relation to gender and sexuality in popular music (e.g. rock, dance, hip hop, pop, etc.), folk music and traditional music (mūsīqī-e sonnatī). The topics explored in this class relate to women and music after the 1979 Iranian Revolution. The topics include: a) the “tradition” and musical constructions of masculinity; b) sexuality and femininity; c) discourses of gender identity; d) feminist criticism of musical practices; e) deviance and sexuality in musical practices; and g) music, politics and sexuality. Throughout the quarter we will read and discuss foundational texts about music, gender and sexuality, as well as engaging in close listening and watching important musical performances by Iranian women musicians. These discussions will also lead to analyzing the intersections of gender, social class and race in today’s Iran. P/NP or letter grading. (4 units)

ETHNMUS 188 – This course is designed to expose students from a wide background of experience, outlooks and training to the many facets of the art and craft of improvisation in Iranian music. The class examines how the organization of the radīf (the collection of melodic figures preserved through oral tradition that provides the basis of improvisation) and the master and disciple teaching and tutoring, shape the improvisational practices in Iranian traditional music. In addition, the class will compare the radīf to a number of related musical cultures: the Arabic maqam, the Turkish makam and a number of ragas from the North Indian tradition. Based on a workshop format, the students are encouraged to bring their own musical instruments, or for vocalist to join in, in exploring the radīf. We will learn how to memorize, compose and improvise important parts of the radīf. P/NP or letter grading. (4 units)

ETHNMUS 188 – This course examines a range of popular music that has emerged in conjunction with the mass exodus of Iranian musicians to Los Angeles after the 1979 Revolution. Diaspora is a term that describes the dispersion of a population from a common point of origin and the communities that form as the result of the dispersal. It is usually defined as a condition of placelessness, not fully belonging to any one place, being situated in-between, neither completely here nor there. The course is divided into five sections concerning Iranian popular music and the diaspora spanning from the early 1980s to today: a) “collective memory” of the homeland in exile (the “true” home to which one eventually returns); b) the commitment to the “restoration” and “maintenance” of the old homeland; c) “identity,” a sense of personal or collective belonging to Iran and/or the United States; d) “transnationalism,” the global outreach of Iranian musicians in Los Angeles through concerts, television programs and recordings around the world; and e) “digital diaspora,” the global proliferation of music without the presence of a community (e.g., hip-hop as a medium for community empowerment and the recent impacts of digital media and social networking). P/NP or letter grading.

This course is a mini-ethnography that explores how popular musicians have come to shape the musical scene in the Greater Los Angeles area since the 1979 Iranian Revolution Iranian. The class examines the role that Los Angeles as a large cosmopolitan center for Iranians in the diaspora plays in creating new musical experiences, where diverse Iranian and non-Iranian artists with different backgrounds, race, ethnicity and class have come together to create new aesthetic experiences. (4 units)