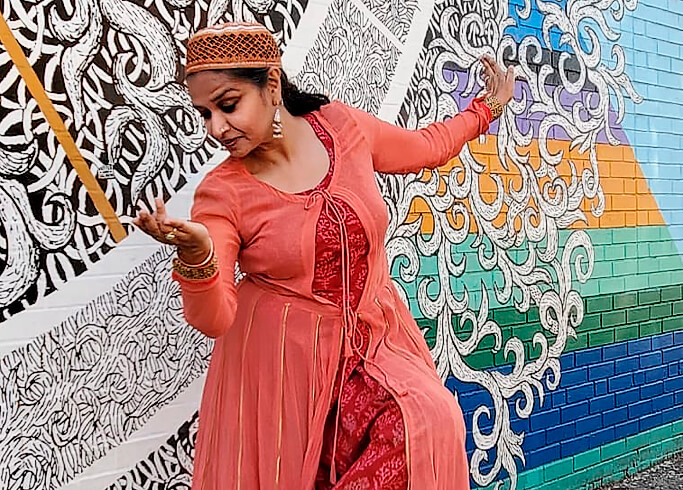 Registration link is at the bottom of the page.

The second event in the Indo-Persian Musical Confluence series features a panel that considers Persian poetry in Indian Music. The panel is followed by a performance by The Khusro Circle.

A gramophone record, like a modern mobile phone, was the medium of ‘Music on demand’ in the past century. Beginning in 1902, several companies produced and marketed thousands of records in India until about 1970 when cassette tapes were introduced. In the early period, pure and light classical music of Baiji or Tawaif was recorded that often-included songs with words in Urdu, Farsi, Arabic and Persian. The songs became so popular that books containing song text were published in 1918 and 1935. Although in Hindi, these songs contain several Persian words. Before the talkie films, songs from Hindustani, Parsi and Gujarathi stage plays were issued on 78 rpm shellac records that played for over three minutes. Several songs from this era too contained lyrics and couplets using Urdu and Persian words. With the era of talkie films, lyricists and poets penned songs for films and other popular forms like gazal. These were popularised by K. L. Saigal and other singers. Classical musicians such as Ustad Amir Khan Saheb used Persian tarana forms on the concert stage. In this paper, I propose to present a few examples from gramophone records inquiring origins of song texts, musical content and the relevance in present time.

A Rendezvous Between Languages: A Look at the Convergence of Sanskrit and Persian In Early Modern North India, Anoushka Deb (University of Dehli)

The history of singing and oral performance in South Asia, especially in ‘Early Modern’ North India lies is an interwoven web of cultures and languages. Since a major area of the Indian Subcontinent was ruled by the Mughal Empire (1426-1857), which traced its ancestry from the Timurids of Persia, a synthesis of elements- Indian and Persian is quite evident in the cultural milieu of the time.
It is now a widely accepted fact that the North Indian Classical music or the Hindustani Classical music, finds its origin in these Indo-Persian cultural exchanges. While there is somewhat of a consensus among historians and scholars of music regarding this fact, there still remain a few unanswered questions, pertaining to the confluence between Sanskrit and Persian languages, especially regarding the ragas of the Hindustani Classical music.
This paper attempts to trace the meeting between these two languages- Sanskrit and Persian at the Mughal court, and argue the importance of this meeting towards the development of classical music in North India. Building on the existing scholarship of Francesco Orsini, Katherine Butler Schofield, Sunil Sharma, and Audrey Truschke, I will also look at the role of these two cultures in the development of the rasa theory, with emphasis on the shringaar (erotic) rasa. Further, my paper will attempt to locate the influence of the Indo-Persian musical traditions in other parts of the Subcontinent. In conclusion, I will also question the historiography of music during Aurangzeb’s reign (1658-1707).

Amir Khusrau's ghazal, Zehaal-e-Miskin, marked the first instance of Persian-Hindwi language fusion in documented history, Hindwi later evolved into Hindi & Urdu. Centuries later, an evolved version of Khusrau's metaphor, "बनाए बतियााँ" (making things up), is still widely used as "बािेंबनाना" in Hindi & Urdu. Amir Khusrau (1253-1325 ce) is credited with pioneering the development of various art formats throughout his prolific journey which embraced pluralism. The prevalence of many of his creations even today proves his massive outreach - Languages (Hindwi), Folklore (Paheli), Musical Instruments (Sitar), Music styles (Ghazal, Qawwali, Khyal, Tarana) and more. This study focuses on the intricacies of Khusrau's ghazal, Zehaal-e-Miskin, in terms of its history, multiculturism, composition, and presents a mathematical analysis to visualize its relevance amongst popular Bollywood Hindi songs today.

Kazi Nazrul Islam (1899-1976) was a pioneering figure in the musico-literary scene of early twentieth-century Bengal. He had composed a variety of songs in his short creative career of twenty-two years wherein the ghazals in Bengali language have particularly received wide appreciation and popularity among the Bengali masses. Just like the khayal form, ghazal is regarded as another important cultural import of the Persian art form in the Indian subcontinent. However, in such discourses the Urdu ghazals have occupied a major share of discussions and research, seldom looking at the form’s spread in localized regions like Bengal. Through the case-study of Bengali ghazals, in this paper, I intend to trace the Indo-Persian confluence beyond the locus of North India and will try to analyze ‘why’ and ‘how’ did it mark its presence in a region that does not directly share the Persian script like Urdu. Different views exist today as to who was the first composer to experiment with the form of ghazal in Bengal but there is no doubt on the fact that Nazrul with the help of newly emerging recording technologies (gramophone and radio) did manage to popularize it and also gave it a new shape. Nazrul’s ghazals sounded very different from the Persian as well as the Urdu ghazals but I will argue that like its Urdu counterpart, they were hybrid in nature – dually derived from Persian and Hindustani sources.