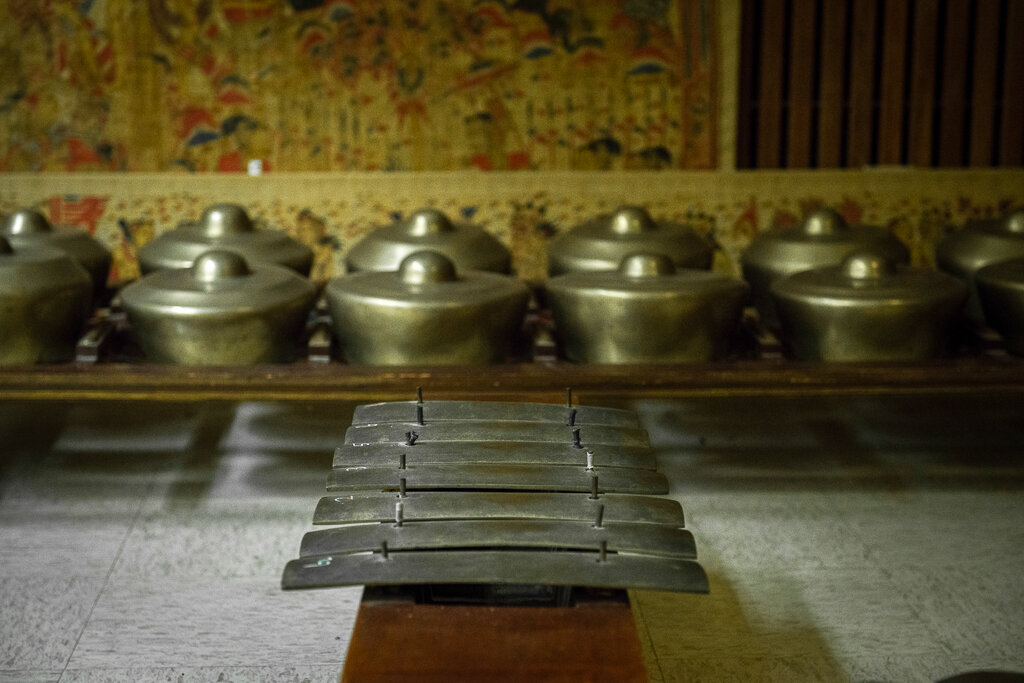 The World Musical Instrument Collection occupies approximately 3700 square feet in the newest wing of UCLA’s Schoenberg Music Building. The core collection is housed in the renowned Gamelan Room, the China Room, the Korea/Japan Room, and the India/Near East Room. You can also see many of our instruments in action during the annual Spring Festival of World Music and Jazz (held every May-June) and at the quarterly concerts by the Music of China ensemble (held each December and March). These concerts are free and open to the public. 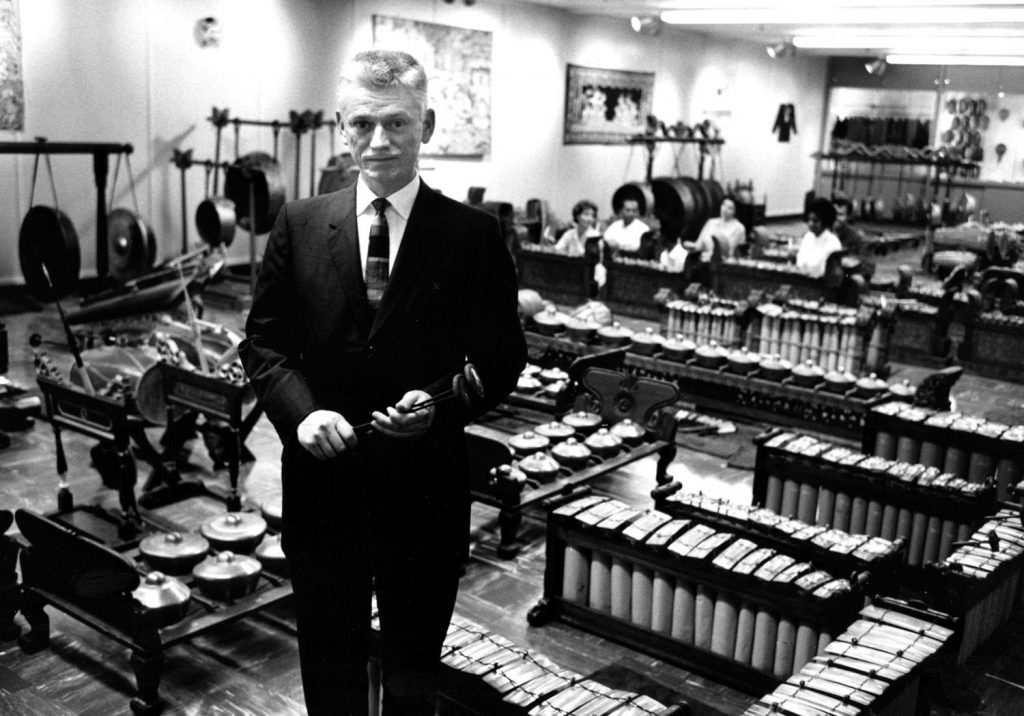 With a $39,000 Rockefeller Foundation grant in 1958, Mantle Hood, the founder of the Institute for Ethnomusicology, acquired the first set of instruments from Java, Thailand, Japan, and Sunda, as well as reference materials and equipment for the new ethnomusicology program. Thus the performance program was firmly established.

Hood’s belief in “bi-musicality,” the idea that students should learn to play the music they were studying, considered to be a revolutionary approach to the study of the musical cultures of the world in the 1960s, required that master teachers and instruments be brought to UCLA from cultures all over the world.

Hood found master musicians and hired them, beginning with I Wayan Gandra and Tjokorda Mas from Indonesia in 1960, and in 1961, Suenobu Togi from Japan, and Tanjore Viswanathan and Harihar Rao from India. In the last fifty years, twenty-six ensembles that study and perform music from cultures around the world, including jazz, have been established at UCLA.

The Mission of the World Musical Instrument Collection