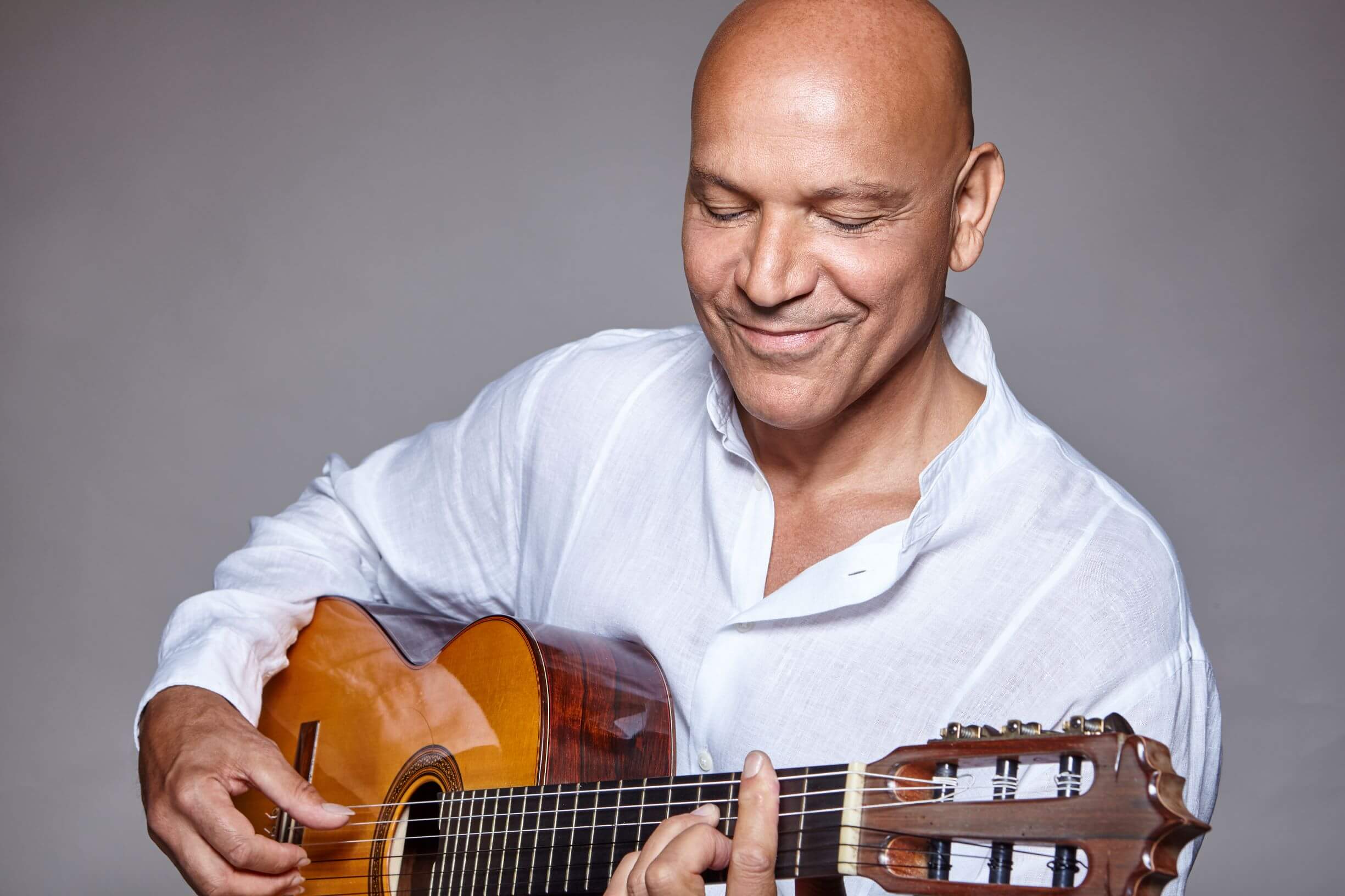 Gerard Edery is one of the world’s foremost experts in the wide-ranging music of the Sephardic Diaspora. His special brand of world music fusion prizes authenticity and an appreciation for how disparate cultures overlap, parallel each other and often borrow from one another. Widely regarded as a master singer and guitarist, not only does he regularly uncover and preserve songs, stories and melodies from Europe, the Middle East, South America and ancient Persia, he energizes these repertoires by interpreting them for contemporary audiences and by collaborating with highly acclaimed virtuoso musicians. Learn about Edery's work as he engages with attendees and explores the inspirations behind his compositions.

You'll have two opportunities to engage with or hear Edery. Join the live-streamed event through Zoom at 9am PT (Edery will join us from Warsaw, Poland) or watch the rebroadcast at 5pm PT on Facebook and YouTube on the same day.

Born in Casablanca and raised in Paris and New York City, Edery graduated from the prestigious Manhattan School of Music with Bachelor’s and Master’s Degrees in operatic performance and has sung more than thirty roles with opera companies around the United States. Highlights of Gerard’s extensive performing career include performances at Zankel Hall (Carnegie Hall), Alice Tully Hall, Lincoln Center Out-of-Doors, Merkin Concert Hall , Florence Gould Hall, and The United Nations in both New York City and Geneva, Victoria Hall in Geneva, The Kimmel Center in Philadelphia, Royce Hall in L.A., The Smithsonian Institute in Washington D.C., Seiji Ozawa Hall at Tanglewood, the Fez International Festival of Sacred Music in Morocco, the Festival Cervantino in Mexico, the Jewish Music Festival in Amsterdam where he performed at the opening gala concert at the historic Portuguese Synagogue and where he also served on the jury of their musical competition. He has also performed at the Vilnius International Folk Festival, the Pax Sacred Music Festival and the Klaipeda Concert Series (with chamber orchestra) in Lithuania; at the International Folk Music Festival, the Zachor Music Festival in Bialystock and at the Warsaw Music Academy in Poland, among others. He was especially honored to perform for the 300-year anniversary celebration of the Bevis Marks Synagogue, the oldest Sephardic Synagogue in the UK.

Gerard has also been an active educator for all ages. He has been a featured artist for Carnegie Hall’s Musical Explorers series, the 92nd Street Y Educational Outreach Program, the Metropolitan Museum of Art, the Brooklyn Museum of Art, the Center for Jewish History, LIMMUD in Warwick, UK and for the Spirit of Fez educational outreach at Royce Hall in L.A. to name a few. He has also served as part-time faculty at The Manhattan School of Music, American Institute of Guitar and Hebrew Arts School in New York City. He has also led workshops, Master Classes and Artist-in-Residencies at the 92nd St. Y and Columbia University (NYC), University of Judaism (L.A.), University of Guanajuato (Mexico), McGill University (Montreal).

REGISTER ABOVE FOR ZOOM LINK