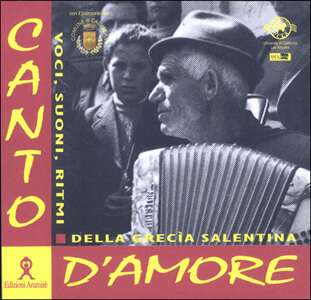 A collection of songs recorded between 1975 and 1985 in the towns of Martano, Calimera, Corigliano d’Ottranto, Sternatia, and Seloto. All songs here included are from the oral tradition, passed orally from one generation to the next, recording there the signs of their evolution, taking on the peculiar features with which each individual singer has imprinted on these songs. The 179-page booklet includes notes in English and Italian, and includes numerous transcriptions.