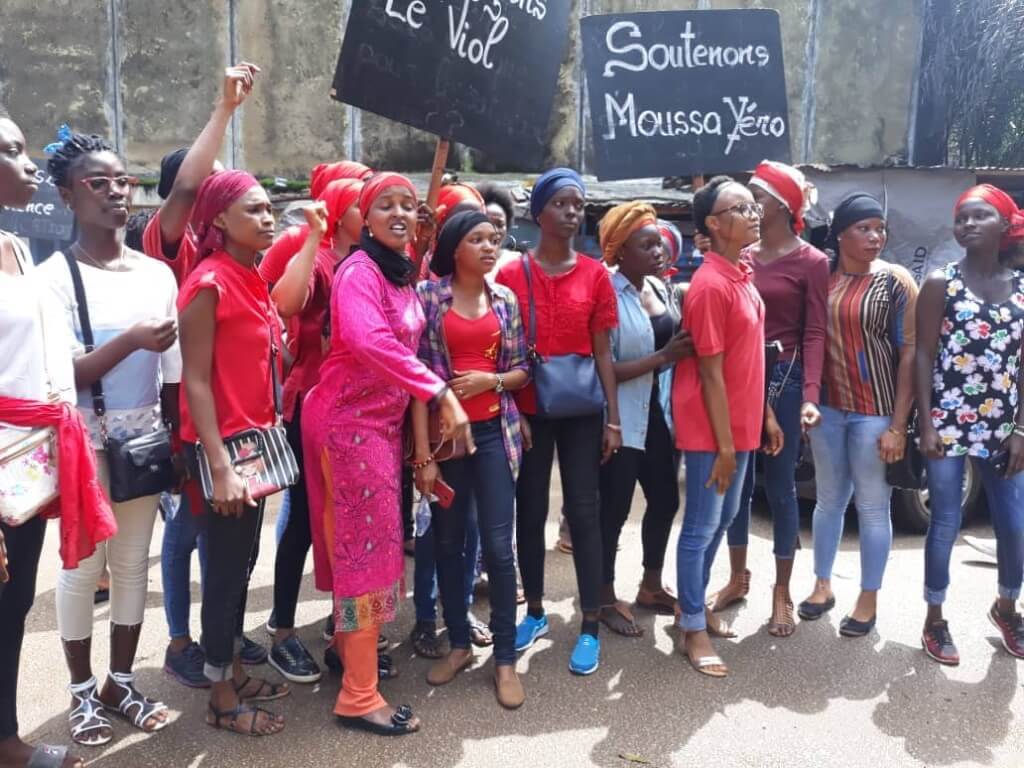 In 2019, the Guinean journalist, Moussa Yéro Bah, was found guilty in a defamation suit. The suit involved a clip on her radio news program about an ongoing sexual assault case. While she never named the alleged perpetrator, his identity was well known on the street and in social media. He promptly sued Ms. Bah, and won. In this talk, I explore this case and activists’ reactions to it, to consider the role of the human voice in response to sexual violence. Moving beyond metaphors of voice and silence in discussions of rape, I analyze the sound effects of a series of vocal interventions by activists and journalists. I will also share clips from a short film I’m making about the case, to show how it ignited debates about voice, gender, and protest in Guinea. In a post- #MeToo world, this story sheds light on the politics of the female voice and the ways in which activists form new coalitions and mobilize new strategies to make noise and be heard on their own terms.

Nomi Dave is an interdisciplinary researcher and former human rights lawyer working across the fields of music and sound studies, law, and anthropology. She is the author of The Revolution’s Echoes: Music, Politics, and Pleasure in Guinea (2019, University of Chicago Press), which won the Ruth Stone Prize in 2020 for best first monograph in ethnomusicology. The book explores the aesthetics of authoritarianism through a study of voice and quietness in Guinea. Nomi is currently working on a collaborative project called "Amplified Justice," which explores voice, activism, and gender justice, through applied research and creative work. The project involves a collaboration with activists, lawyers, journalists, and academics in Guinea and the US. She is also directing a new initiative, the Sound Justice Lab, at the University of Virginia. Nomi received her Ph.D. from Oxford University and is currently an Associate Professor of Music at UVA.