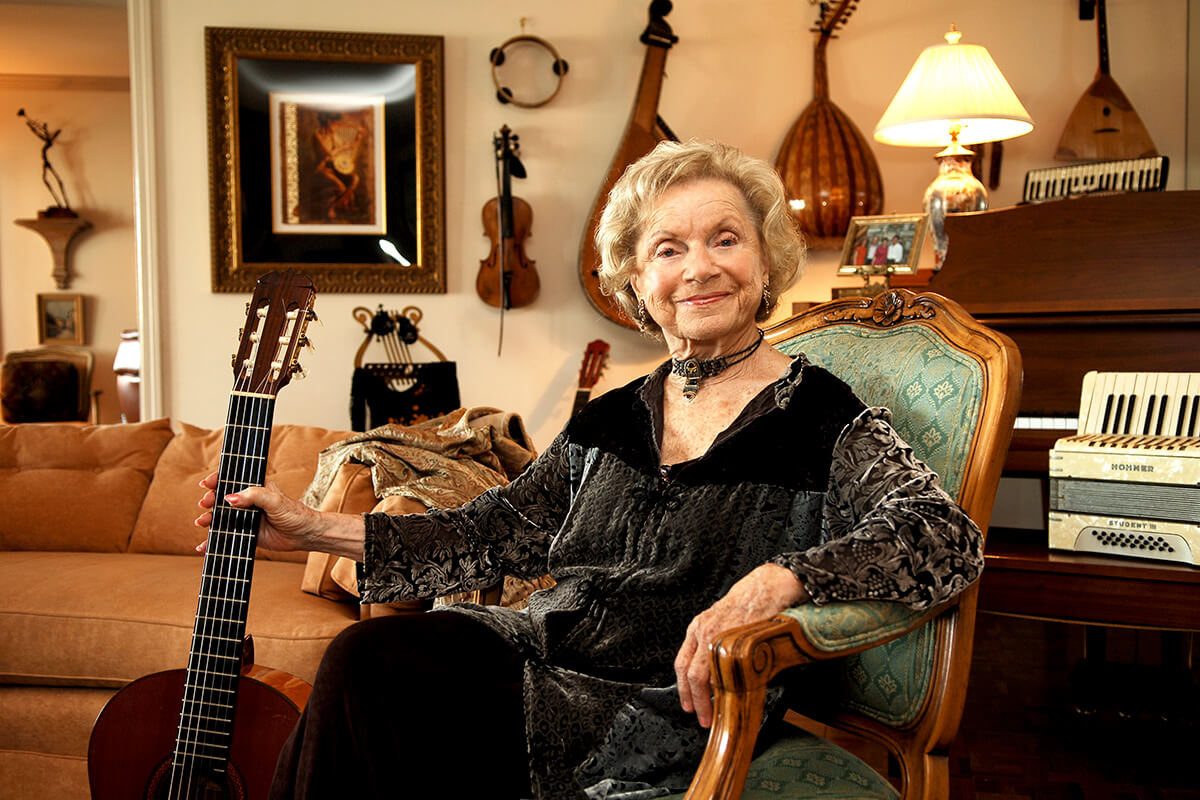 Join us as we celebrate the 97th birthday of the National Heritage Fellowship Award-winning, legendary Ladino singer and songwriter,  Flory Jagoda. Together we’ll enjoy a 45 minute concert packed with lovely Ladino songs and stories from La Nona (Ladino for “The Grandmother” and one of Flory’s official titles) from her 2012 appearance at the Richmond Folk Festival, accompanied on stage by her apprentice Susan Gaeta and renowned instrumentalist Howard Bass. A Q&A with Flory's granddaughter, Betty, will take place immediately following the concert.

When the young Flory fled the Nazi invasion of her home country, Bosnia, she took with her only the clothes on her back, her harmonica (ladino word for accordion) and her "suitcase full of songs” (which she says while pointing to her head) maybe just "in her head" instead? Known as “The Keeper of the Flame”, Flory is the only living member of the Altarac Family singers who learned the Jewish music of Spain’s once thriving Sephardic community from her Nona (grandmother), who learned them from her Nona…all the way back over 500 years to the time before the Jewish People’s expulsion from Spain in 1492.

Flory spent many decades in the United States spreading the stories and songs that were passed onto her, performing concerts all over the country, taking on students and apprentices, and hosting large song-filled holiday gatherings at her house. Flory was awarded the prestigious National Heritage Fellowship in 2002, the highest honor our nation bestows upon traditional artists.