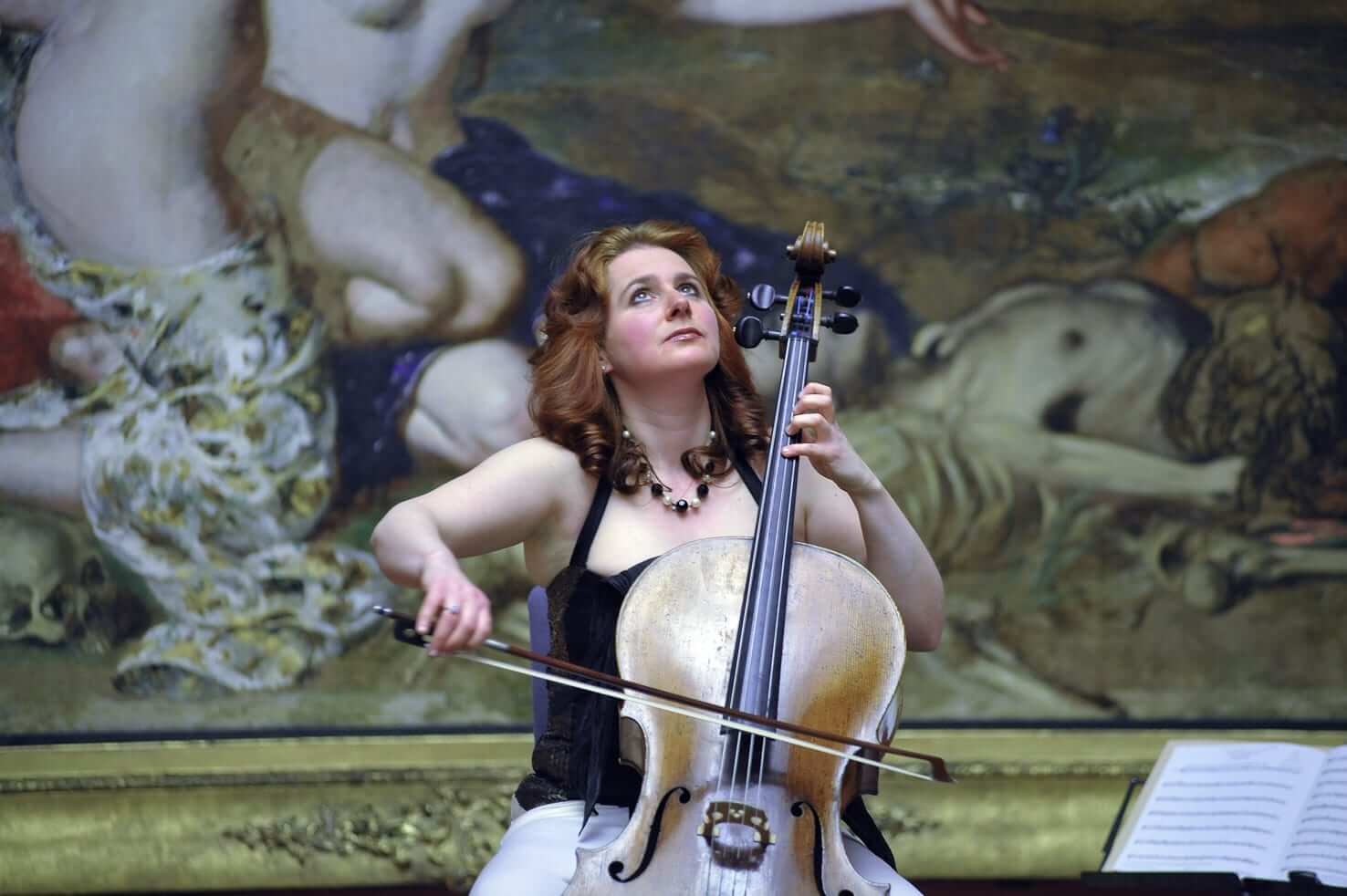 Hannah Roberts holds professorships at the Royal Academy and the Royal Northern Conservatory of Music in England. Her masterclass focusing on 'finding your own voice’ through the marriage of technique and interpretation, presented with her notably personable approach, promises a lively session.

Hannah Roberts is one of the outstanding 'cellists of her generation and was privileged to have studied with Susanna Roberts, Jennifer Ward Clarke, Raphael Wallfisch, William Pleeth, and Ralph Kirshbaum.

Having won prizes in numerous prestigious competitions and awards such as Shell LSO, BBC Young Musician, Jacqueline Du Pre Memorial, and Pierre Fournier awards Hannah has gone on to give many concerto performances with leading orchestras, including the London Mozart Players, LSO, BBC Concert Orchestra, and the Halle., also making frequent broadcasts for BBC radio and recording for ASV.

Festival appearances have included Chichester, Malvern, Beverley, ‘Beethovenfest’ and regular participation in the prestigious ‘Manchester International Cello Festival where she was invited to lead a world premiere of a cello sextet work by Sir Peter Maxwell Davies and performed on numerous occasions.

Internationally she has taken part in the Piatigorsky International Cello Festival in Los Angeles and numerous other festivals in Europe and has an active schedule of solo and chamber music performances and broadcasts.

Equally important to her activities as a soloist, chamber musician, and principal cellist of Manchester Camerata,  Hannah is a committed and internationally sought-after teacher and is a professor of cello at both the RAM in London and the RNCM in Manchester, and a visiting tutor for the University of Oxford.

Hannah’s past and current students include some of the world’s leading soloists, chamber musicians, and orchestral principals, including her current RAM student Sheku Kanneh-Mason.

She is honored to have been awarded both an HonRAM and an FRNCM for her work helping to nurture upcoming ‘cellists and enjoys working with some of the world’s most gifted young musicians at prestigious international masterclasses each summer.