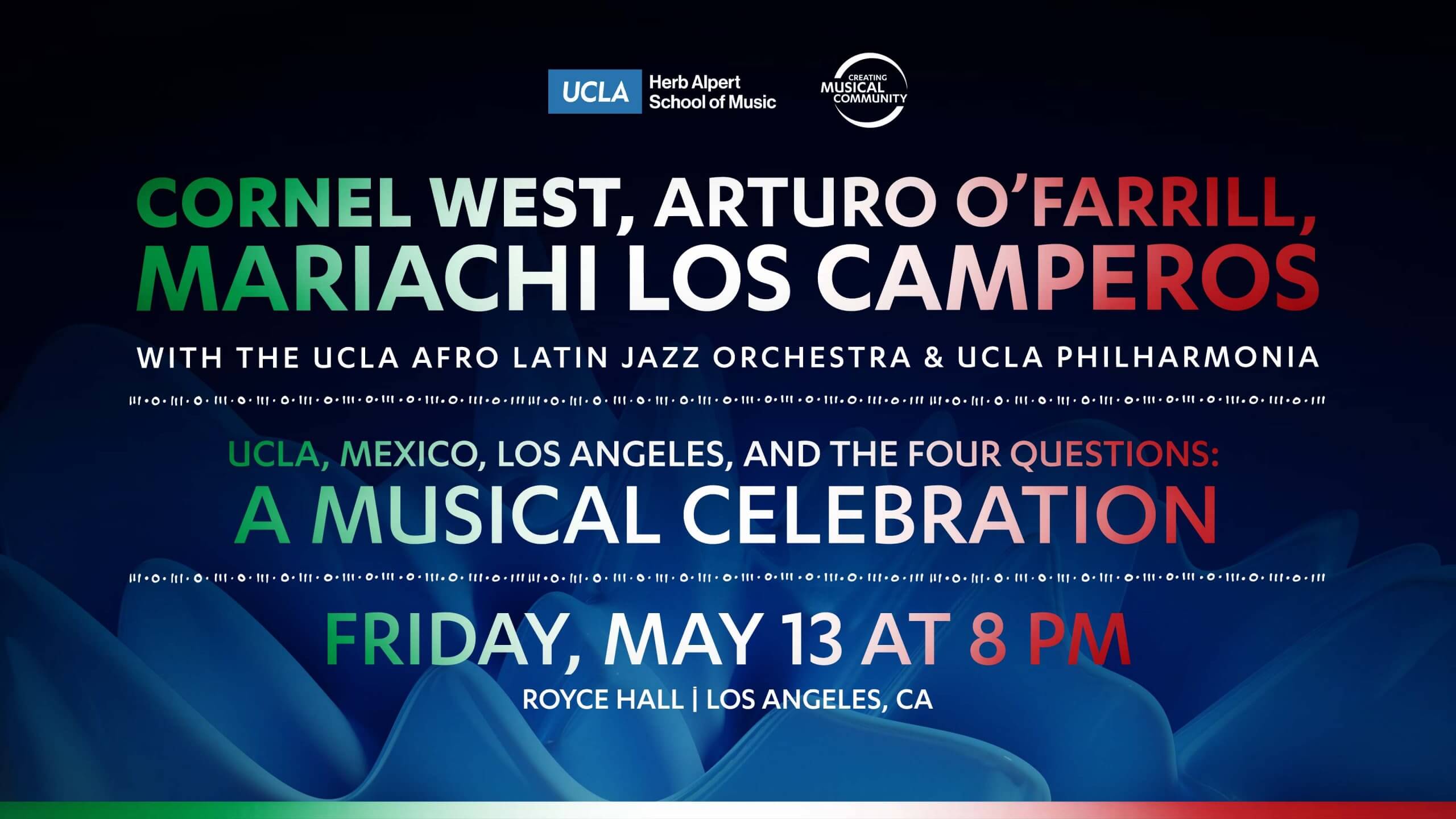 Sponsored by the UCLA Center for Latino Arts, the UCLA Arts Initiative, Friends of Jazz at UCLA, the UCLA César Chávez Department of Chicano and Central American Studies, and The UCLA Herb Alpert School of Music.

Premiered live-in-concert at The Apollo Theater in 2016, “Four Questions” took the shape of Dr. Cornel West’s speech at Town Hall (Seattle, WA: October 9, 2014) based on his book, Black Prophetic Fire, expounding upon Four questions posed by the great African American civil rights activist and author W. E. B. Du Bois in his 1903 book, The Souls of Black Folk.

“‘Four Questions’ is about bringing attention through Dr. West’s brilliance and vision, coupled with the subversive power of the Afro Latin [Jazz Orchestra], to the influence of revolutionary thought that demands we take stock of where we are as a country and demand better,” says Arturo O’Farrill, pianist/composer and Artistic Director of the Afro Latin Jazz Alliance. “We must pay tribute to the jazz greats like Coltrane, Holiday, Mingus, The Art Ensemble of Chicago, and carry on their legacy of bringing attention to the real issues of modern society through jazz music.”

O’Farrill notes, “Watching Dr. West speak is one of the sublime musical moments of my life. His oratory has the weight of a John Coltrane solo. His rhythmic delivery has the tumbao of Mongo Santamaría. The humor with which he injects his very serious messages floats like Charlie Parker in flight and, oh, most sacred of all, when he gets deliberate, each word has the authenticity and Afrocentricity of Thelonious Monk’s right hand.”

Admission is Free!
Donations received with event RSVPs will support the UCLA Center for Latino Arts.

ATTENDANCE/ENTRY REQUIREMENTS:
Royce Hall strongly recommends that all guests be fully vaccinated or receive a negative COVID-19 test prior to attending any event.