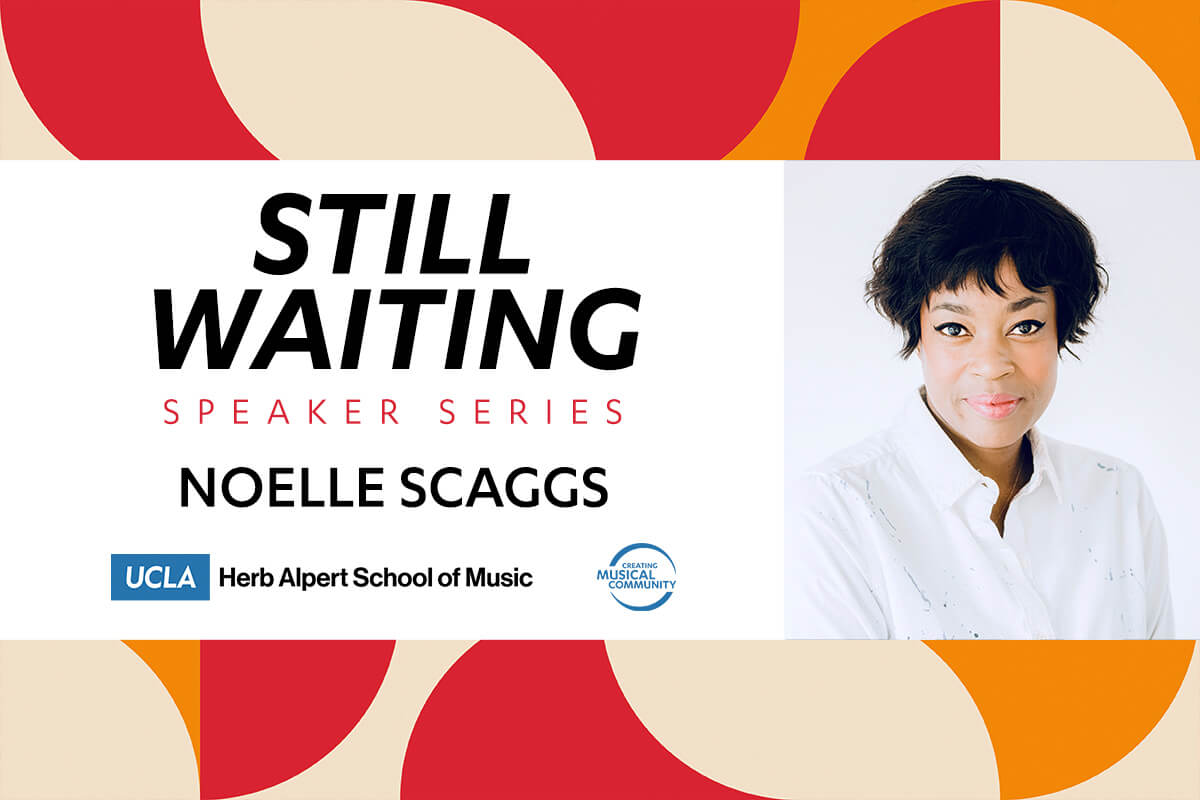 The UCLA Herb Alpert School of Music is proud to welcome Noelle Scaggs, co-lead vocalist of alt-pop band Fitz And The Tantrums, as she discusses “Diversify the Stage”, the organization she founded in the spring of 2020 with a focus on transforming the concert, events, and touring industries to increase more diverse representation.

In less than a year, Diversify The Stage has set forth long-term change by partnering with the Music Forward Foundation to create educational and mentorship programs followed by paid internship/apprenticeship placements, in addition to working with NeverFamous.com to create a technical solution to hiring qualified touring staff. The organization is actively engaged in building a culture of accountability that establishes more inclusive hiring practices and greater access to equitable opportunities for Black, Indigenous and People of Color (BIPOC); Lesbian, Gay, Bisexual, Transgender and Queer (LGBTQ); and Female-identifying and Gender Non-conforming individuals. Diversify The Stage has gained support from the biggest players in the industry, including Live Nation, Live Nation Urban, WME, UTA Music, Azoff Company, Elektra and Atlantic Records, The Black Music Action Coalition (BMAC), and the National Independent Venue Association (NIVA), The Event Safety Alliance, Roadies Of Color United, lighting collective EVEN Network, as well as, stage suppliers and designers Clair Global and TAIT.