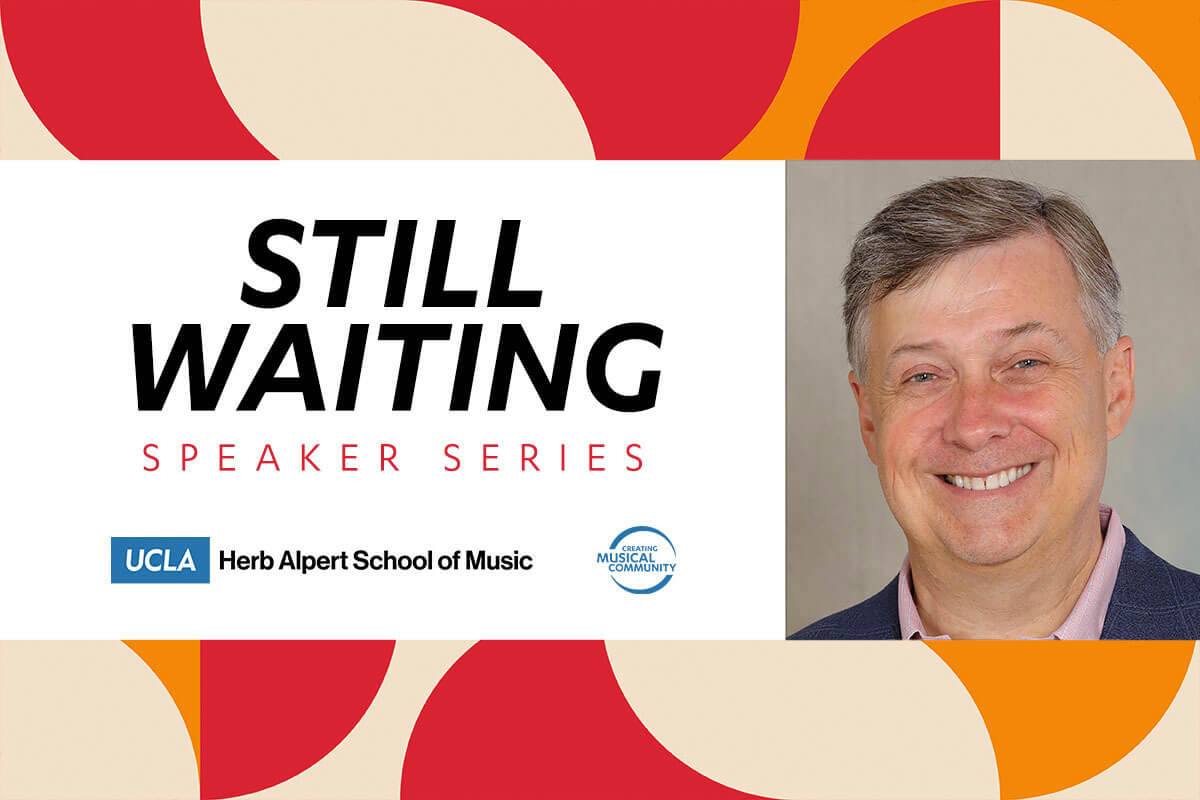 The UCLA Herb Alpert School of Music is proud to welcome highly trusted mentor to orchestra management professionals, emerging leaders, and conductors, and the President and CEO of the League of American Orchestras, Simon Woods.

In August 2020, the League of American Orchestras issued a Statement on Racial Discrimination addressing and accepting responsibility for the orchestral field's history of exclusion and systemic discrimination, and apologized for its own role in perpetuating it. The League's new President and CEO, Simon Woods, will discuss that history, describe some of the ways in which orchestras have responded to this moment of racial reckoning, address challenges and opportunities ahead, and speak about the work the League of American Orchestras is currently doing to advocate for change to move the field forward.

Woods brings more than 30 years of experience working with orchestras. He is deeply committed to equity, to the role of arts organizations in community, and to nurturing the next generation of arts leaders. He is known throughout the sector as a highly trusted mentor to orchestra management professionals, emerging leaders, and conductors. For two decades he has contributed to the League of American Orchestras’ professional development programs, including acting as Director of the League’s signature immersive training program, Essentials of Orchestra Management.

Born in London, England, Woods earned a degree in music from Cambridge University and a diploma in conducting from the Guildhall School of Music and Drama in London. From the late 1980s to the late 1990s, he worked as a record producer at EMI Classics in London, where he initiated and produced recordings at Abbey Road Studios and on location with many of the world’s foremost classical artists and ensembles. From 1997 to 2004, he was Artistic Administrator and later Vice President of Artistic Planning & Operations at The Philadelphia Orchestra. From 2004 to 2005, he was President & CEO of the New Jersey Symphony Orchestra, before moving back to the UK in 2005 to become Chief Executive of the Royal Scottish National Orchestra, one of the United Kingdom’s leading symphony orchestras. Returning to the US in 2011, he became President & CEO of the Seattle Symphony, a post he held for seven years. In November 2017, Woods was appointed CEO of the Los Angeles Philharmonic, a post he held until September 2019. From February to August 2020, Woods was Interim Executive Director of the Grand Teton Music Festival, in Jackson Hole, Wyoming. In March 2020 he joined the Board of Directors of National Arts Strategies. Woods was honored to become an American citizen in 2018 and joined the League of American Orchestras as President and CEO in September 2020.