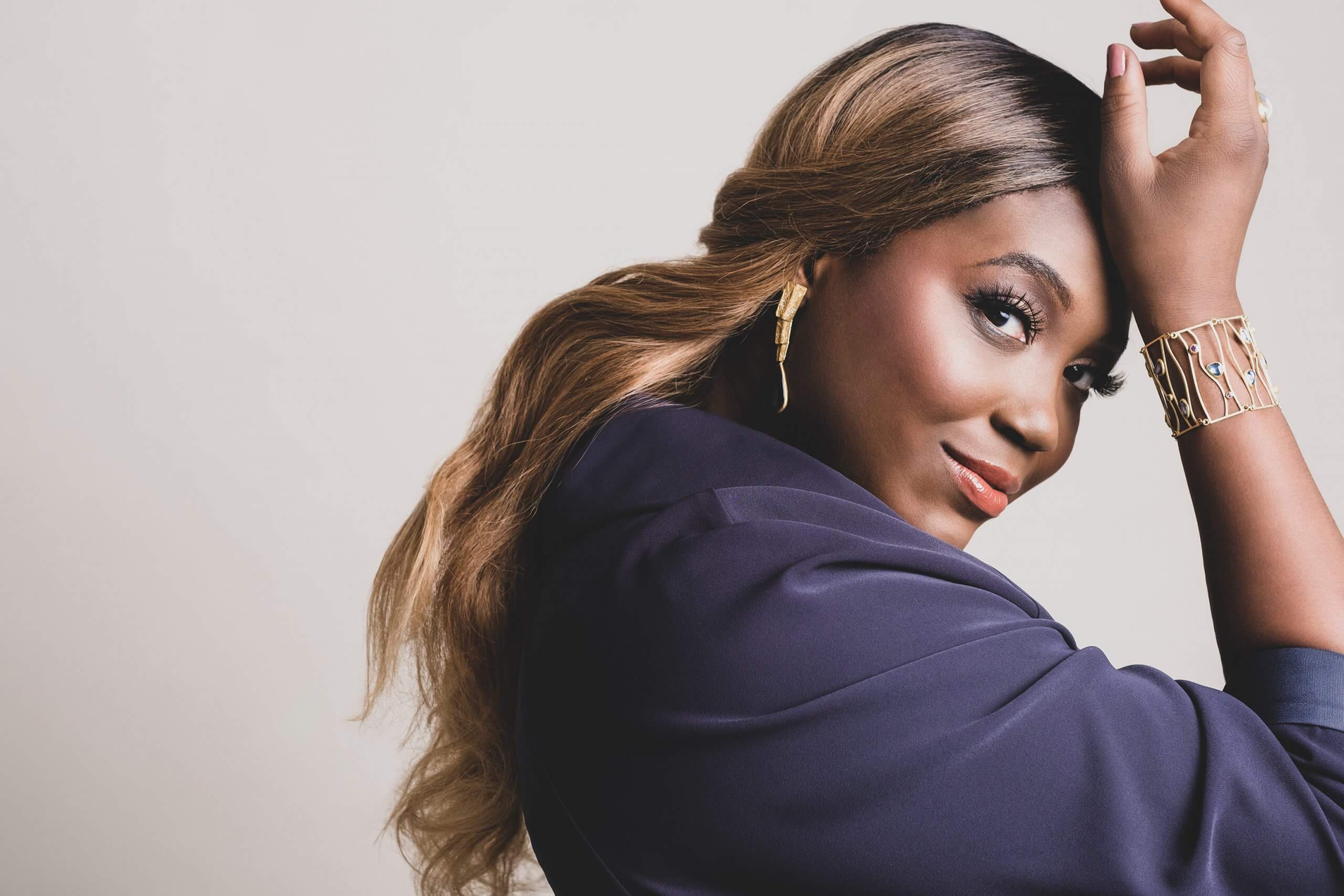 Soprano Angel Joy Blue, M.M. '08, is the featured artist of the inaugural Judith L. Smith Voice Recital Series, celebrating talented vocalists and the distinguished tenure of The UCLA Herb Alpert School of Music Founding Dean Judith Smith. Angel made her debut at the LA Opera in 2007 and the Metropolitan Opera House in 2017 and returns to her alma mater for this special performance. She will be accompanied by pianist Bryan Wagorn.

In her globe-spanning career, Angel Blue has performed in more than 35 countries with companies including the Vienna State Opera, La Scala (as the company’s first black Violetta), Dresden Opera, San Francisco Opera, Frankfurt Opera, the Aix Festival, the Metropolitan Opera, and the Royal Opera House, Covent Garden. Her most recent triumph was headlining the Metropolitan Opera’s 2019/20 season-opening Porgy and Bess. The Gershwin classic was beamed into cinemas worldwide and was seen live in HD transmissions. The production was so successful that extra performances were added – something without precedent in the Met’s modern history.

Angel has been immersed in music her whole life, with a father who was an accomplished gospel singer and a mother who played piano and violin. The Californian family frequently traveled together as Angel’s father preached sermons throughout the US. Her first encounter with opera came on one such trip to Cleveland when, at age four, her family took her to a concert version of Turandot. Impressed by one particular singer, Angel announced, “I want to be like the woman in the light.”

Angel funded her vocal training at UCLA by participating in beauty pageants, collecting the Miss Hollywood crown, becoming the first African-American to hold the title of Miss Apple Valley, and being named runner-up Miss California and Miss Nevada, among other titles. She reached new audiences last year thanks to the popularity of a video for YouTube’s HiHi Kids, where she sat for interviews with children answering questions about her craft.

In addition to opening LA Opera’s new season in 2020 with a role debut as Leonora in Il Trovatore, Angel’s forthcoming engagements include delivering her signature portrayal of Mimì in three different productions of La Bohème with San Diego Opera, the Metropolitan Opera, and Washington National Opera. International engagements later in the year include Violetta in La Traviata at La Scala and the title role in Tosca at Semperoper Dresden.

Canadian pianist and vocal coach Bryan Wagorn serves as an assistant conductor at the Metropolitan Opera and regularly performs throughout North America, Europe, and Asia as soloist, chamber musician, and recital accompanist to the world's leading singers and instrumentalists.

He has appeared on major television and radio stations including Good Morning America, WQXR, and CBC Radio, has performed in recitals for the George London Foundation, the Marilyn Horne Foundation, and Richard Tucker Foundation, and with artists such as Anthony Roth Costanzo, Nadine Sierra, Karita Mattila, Joyce DiDonato, Pinchas Zukerman, Carol Wincenc, and the New York Woodwind Quintet. A participant at the Marlboro Music Festival, and music staff at the Glyndebourne Festival, Mr. Wagorn has also been engaged as staff coach at the Ravinia Steans Music Institute, and served on the faculty of the National Arts Centre Orchestra’s Summer Music Institute and Carnegie Hall's National Youth Orchestra. He has been a guest coach at the Royal Academy of Music in London, the Metropolitan Opera's Lindemann Young Artist Program, and at the Glyndebourne Festival’s Jerwood Young Artist Program.

He made his solo recital debut at New York City's Carnegie Hall in 2009, and has performed two extensive tours with Jeunesses Musicales de Canada, and performed chamber music with members of the Metropolitan Opera  Orchestra, New York Philharmonic, Philadelphia Orchestra, and Chicago Symphony. Mr. Wagorn is also on the advisory board of the Hildegard Behrens Foundation and the Time In Children's Arts Initiative.

This event is made possible by a generous endowed gift from Judith L. Smith.

UCLA, the School of Music, and Los Angeles County strongly recommend indoor masking.
While masking is not mandatory, it is encouraged as a way of helping to protect our community.