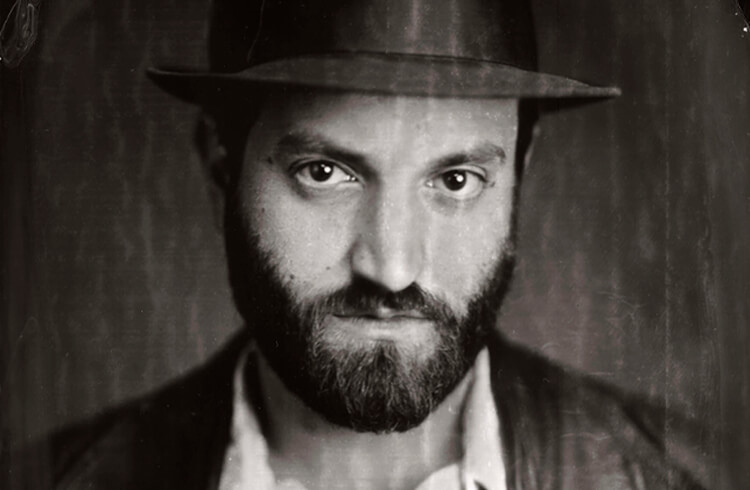 When Daniel Kahn became the inaugural recipient of the Theodore Bikel Artist-in-Residence by the Ashkenaz Foundation, Bikel said he felt that Kahn was carrying on his work. This Detroit-born, Berlin-based troubadour, songwriter, multi-instrumentalist, and translator Kahn combines Yiddish, English, German, and Russian in a radical mixture of Klezmer, lyrical folk ballads, dark cabaret, and political punk. His Yiddish rendition of Leonard Cohen's "Hallelujah" has close to 1.9M views on YouTube. With Kahn's band, the Painted Bird, he presents a variety of passionate songs inspired in part by the struggles of Jewish revolutionaries at the turn of the century, and in part by his own intense desire for a better world. Learn about Kahn's work as he engages with attendees and explores the inspirations behind his compositions.

You'll have two opportunities to engage with or hear Kahn. Join the live-streamed event through Zoom at 9am PT  (Kahn will join us from Berlin, Germany), or watch the rebroadcast at 5pm PT on Facebook and YouTube the same day.

Kahn is a founding member of The Painted Bird, The Brothers Nazaroff, Semer Ensemble, and Bulat Blues. His duo with Psoy Korolenko, The Unternationale, has recently released the “3rd and 4th Unternational,” two collections of revolutionary and apocalyptic mischief songs. As a theatre artist, he works frequently at Berlin's Gorki Theater, originated the role of Perchik in the hit Folksbiene production of Fiddler on the Roof, played Biff in New Yiddish Rep's acclaimed Death of a Salesman, and was featured in “From Shtetl to Stage,” in Carnegie Hall. His critical and poetic writing has appeared in such publications as Jewish Quarterly, Die Zeit, Asymptote, and Smithsonian Folkways. Academic presentations and performances include Oxford's "The Art of Cultural Translation," UI Chicago's "Doikayt, Diaspora, Borderlands", and the upcoming “Yiddish and Translation" in Paris.

This event is made possible by the Lowell Milken Center for Music of American Jewish Experience at The UCLA Herb Alpert School of Music with additional support from Temple Israel (West Bloomfield, MI).