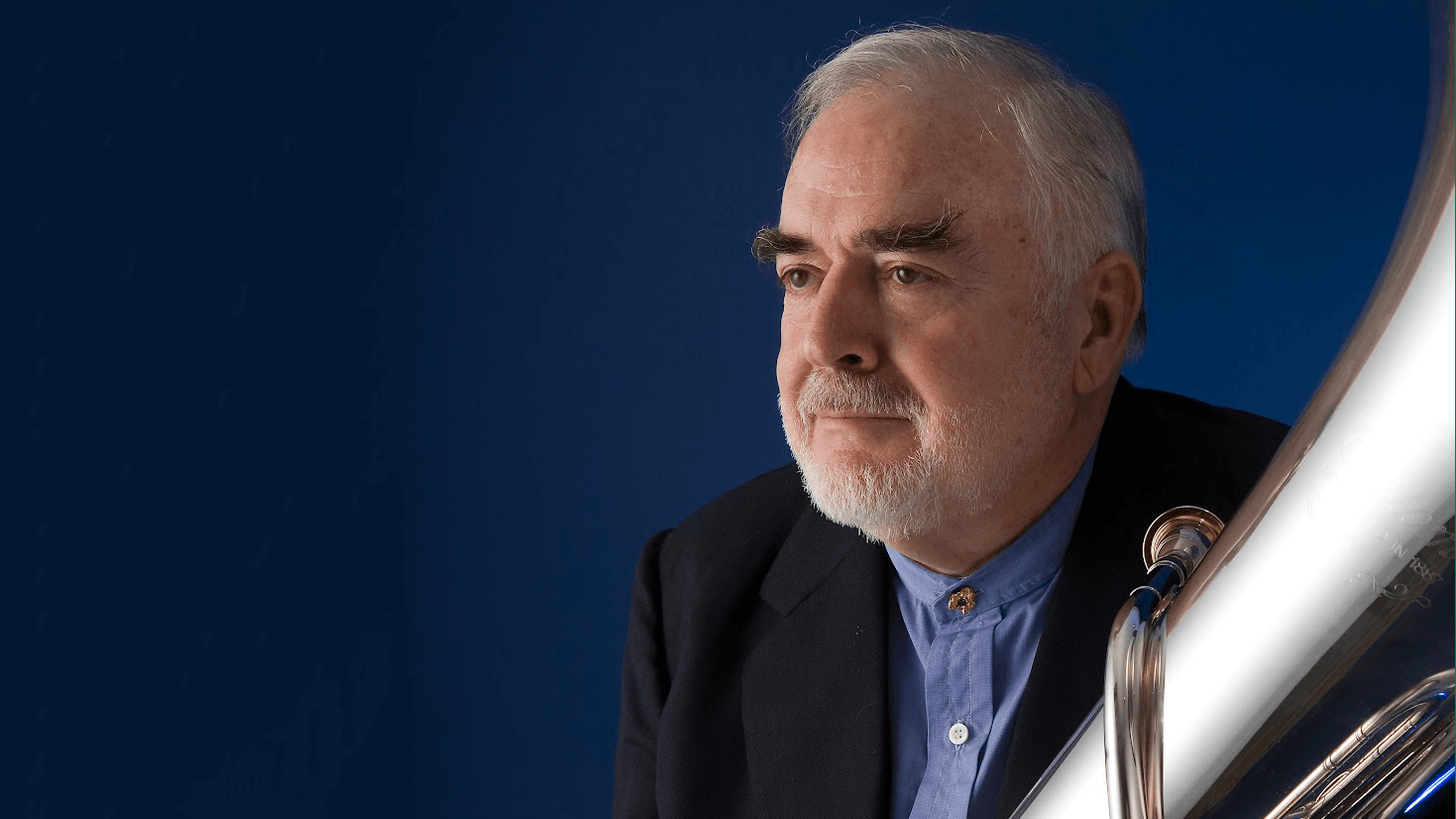 Brass legend, virtuoso soloist, and world-renowned teacher, Roger Bobo, hosts a masterclass for brass students. He is in demand worldwide as a teacher of all brass instruments, adjudicator at major international competitions, and a conductor.

Roger Bobo currently resides in Oaxaca, Mexico. Prior to this move to Mexico, he served as faculty at the Musashino Academy of Music in Tokyo, the Fiesole School of Music near Florence, Italy, at the Lausanne Conservatory in Switzerland, the Royal Northern College of Music in Manchester, England, the HKB Hochschule der Künste Bern in Bern, Switzerland and at the Rotterdams Konservatorium in The Netherlands.

As a conductor, Roger Bobo has a strong background playing for and studying the rehearsal and conducting techniques of the greatest conductors in the world. During his twenty-five years with the Los Angeles Philharmonic, he had close associations with Zubin Mehta, Carlo Maria Giulini, and Andre Previn, not to mention the many world-class guest conductors of the Los Angeles Philharmonic. A list of orchestras that have seen Roger Bobo as soloist, conductor, or teacher would fill volumes. His career has covered as many continents as it has decades.

This event is made possible by the David and Irmgard Dobrow Fund. Classical music was a passion of the Dobrows, who established a generous endowment at The UCLA Herb Alpert School of Music to make programs like this possible. We are proud to celebrate this program as part of the 2021 - 22 Dobrow Series.

Like most of UCLA Herb Alpert School of Music’s programs, this event is FREE! Seating is first-come, first-seated. Early arrival recommended. RSVPs are not available.

Masks must be worn at all times, properly covering nose and mouth

One of the following + valid photo ID:

Proof of Negative COVID test no older than 72hrs
This test result must include: First & Last Name, Date of sample collection, Negative result

This event is FREE! No RSVP required. Early arrival is recommended.