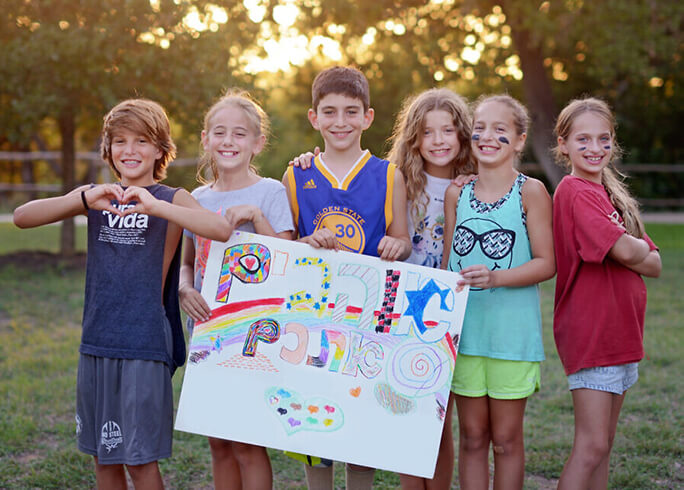 Campers at Camp Young Judaea Texas hold a Hebrew sign that translates as 'We love you.' (Courtesy of authors)
lectures-symposia
Zoom

Join Sarah Bunin Benor, Co-Author of Hebrew Infusion: Language and Community at American Jewish Summer Camps (2020), and sociologist Dan Lainer-Vos as they discuss the role of music in how camps infuse Hebrew in Jewish summer camps. This event will be moderated by Mark Kligman, Director of the Lowell Milken Center for Music of American Jewish Experience.

This event is made possible by the Lowell Milken Center for Music of American Jewish Experience at The UCLA Herb Alpert School of Music. It is co-sponsored by the UCLA Center for the Study of Religion, the UCLA Y&S Nazarian Center for Israel Studies and the UCLA Alan D. Leve Center for Jewish Studies. 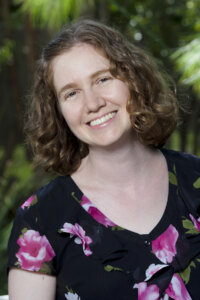 Sarah Bunin Benor is Professor of Contemporary Jewish Studies at Hebrew Union College – Jewish Institute of Religion (Los Angeles) and Adjunct Professor in the University of Southern California Linguistics Department. She received her Ph.D. from Stanford University in Linguistics in 2004. Her books include Becoming Frum: How Newcomers Learn the Language and Culture of Orthodox Judaism (Rutgers University Press, 2012) and Hebrew Infusion: Language and Community at American Jewish Summer Camps (Rutgers University Press, 2020). Dr. Benor is founding co-editor of the Journal of Jewish Languages and creator of the Jewish Language Website and the Jewish English Lexicon. 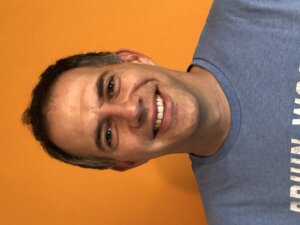 Dan Lanier-Vos is an adjunct assistant professor of sociology at the University of Southern California specializing in nationalism, diaspora communities and economic sociology. Dan's first book, Sinews of the Nation: Constructing Irish and Zionist Bonds in the United States (Polity, 2013) examines financial encounters between national movements and diaspora communities to understand how diverse groups negotiate their positions in the nation. His work has also appeared in Sociological Theory, Theory and Society, Organization Studies, Socio-Economic Review, Social Science History and other journals. He is currently working on a book that explores the establishment and growth of the Israeli lobby in Israel.