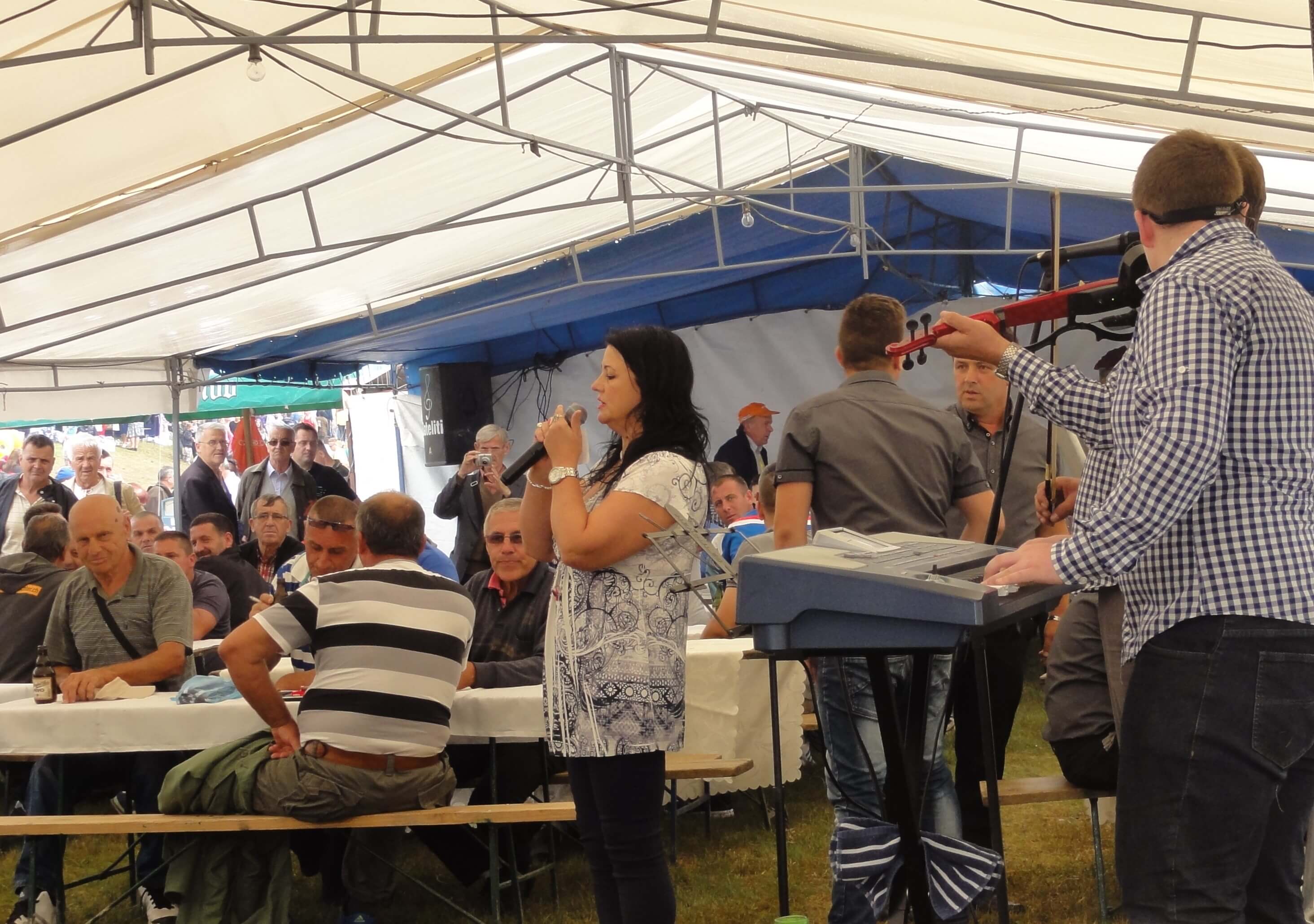 A quarter of a century after a war and genocide in Bosnia-Herzegovina, the country remains in the process of healing and rebuilding. Over the years, several transitional justice mechanisms, including international criminal tribunal proceedings, reparations for the victims, and commemorations, have been established to address the 1990s war crimes and genocide. Unlike in a host of other countries where a conflict and/or genocide occurred, a truth commission was never established in Bosnia to focus on the 1995 Srebrenica genocide and bring to light the testimonies of both genocide survivors and perpetrators as a means for reconciliation. However, a large part of a transnational community of Srebrenica genocide survivors has been engaged in a local musical practice to narrate, or testify about, their experiences of the genocide. This repertoire of “survivors’ music” (Pilzer 2015), which consists of neotraditional narrative songs, called izvorna, is composed, performed, and consumed by genocide survivors living in Bosnia-Herzegovina and abroad. In this lecture, I will discuss this repertoire vis-à-vis official transitional justice mechanisms, and as a tool through which survivors express and claim their truth about the genocide. I argue that this repertoire acts as a call for justice and recognition, and against the existing genocide denial.

Badema Pitic is a VHA Research Officer at the USC Shoah Foundation Center for Advanced Genocide Research. She earned her Ph.D. in ethnomusicology in 2017 from the University of California, Los Angeles. Her research focuses on the intersections of music, memory, and politics in the aftermath of war and genocide in Bosnia-Herzegovina. Her research interests also include oral history and testimony, transitional justice, and perpetrators’ music.

Part of the Nazir Ali Jairazbhoy Colloquium Series, sponsored by The UCLA Herb Alpert School of Music Department of Ethnomusicology