Teaching from the Archive: A Workshop on Our Culture Resounds, Our Future Reveals: A Legacy of Filipino American Performing Arts in California 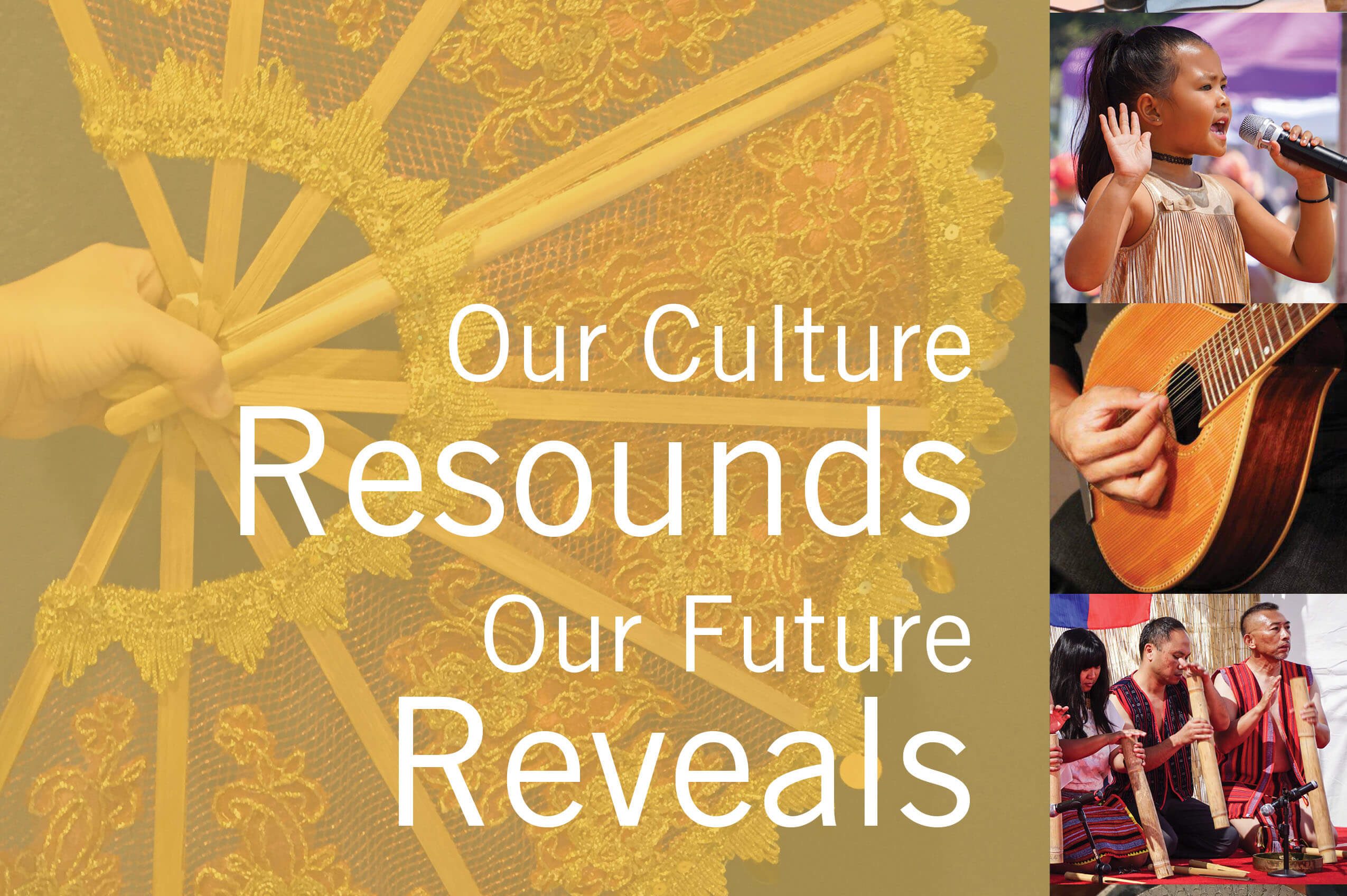 Join us for a workshop for educators on using the interactive e-book Our Culture Resounds, Our Future Reveals for classes along a range of topics from performing arts to Asian American studies. Authors and contributors will discuss how to engage students by pairing the text with online digital archival recordings for a multimedia learning experience centered around community voices.

Bernard Ellorin is the leading expert on maritime Southeast Asian gong-chime music in Southern California. He is also a master of the Filipino banduria (a version of the Spanish bandurria, a plucked string instrument similar to the mandolin) and the associated rondalla music. He is versed in the percussion music of the Cordillera Mountains of Northern Luzon, as well as being one of the few Philippine kulintang instructors in the United States. Kulintang is an ancient instrumental form of music played on a row of small, horizontally laid gongs that function melodically, accompanied by larger, suspended gongs and drums. Dr. Ellorin has served the San Diego and Los Angeles communities as a performing artist and educator since 1992 and is the musical director of the Samahan Filipino-American Performing Arts and Education Center. Ellorin is currently an adjunct faculty in music at Miramar and MiraCosta college in San Diego County.

Eleanor Lipat-Chesler is co-founder of Ube Arte performing arts research and education organization and a founding member of the Pakaraguian Kulintang Ensemble. She co-edited the digital book, Our Culture Resounds, Our Future Reveals: A Legacy of Filipino American Performing Arts in California (2020) with Mary Talusan and Lead Archivist Maureen Russell. She studied music and anthropology at Barnard College, Columbia University, and ethnomusicology at UCLA, where she wrote her M.A. thesis on gender issues in transnational kulintang performance. As a Fulbright Fellow, she conducted doctoral fieldwork in Thailand and Laos among itinerant folk theater troupes. Her article, “Thailand: Contemporary Performance Practice,” appears in the 2019 SAGE Encyclopedia of Music and Culture. Eleanor is the lead Research Strategist at Chesler Creative, Inc. and proud mother to Nico and Junot.

Mary Talusan Lacanlale is Assistant Professor of Asian-Pacific Studies at California State University, Dominguez Hills. She has a Ph.D. from the University of California, Los Angeles and specializes on Filipino and Filipino American music and culture.  Her forthcoming book Instruments of Empire: Filipino Musicians, Black Soldiers, and Military Band Music during U.S. Colonization of the Philippines will be published by University Press of Mississippi in Fall 2021. She performs music and dance of the southern Philippines with the Pakaraguian Kulintang Ensemble.

Ricardo D. Trimillos is Professor Emeritus in Asian Studies at the School of Pacific & Asian Studies and in Ethnomusicology at the Music Department within the University of Hawaiʻi at Mānoa.  His research topics include the music of Muslim groups in the Southern Philippines, Catholic folk music in the Lowland Philippines, the traditional music of Japan, and Hawaiian music and dance. His theoretical emphases encompass music and ethnic identity, the arts and public policy, and issues of gender in the arts of the Pacific and Asia. Born in San José CA, he has paternal roots in Aklan and maternal roots in Iloilo.