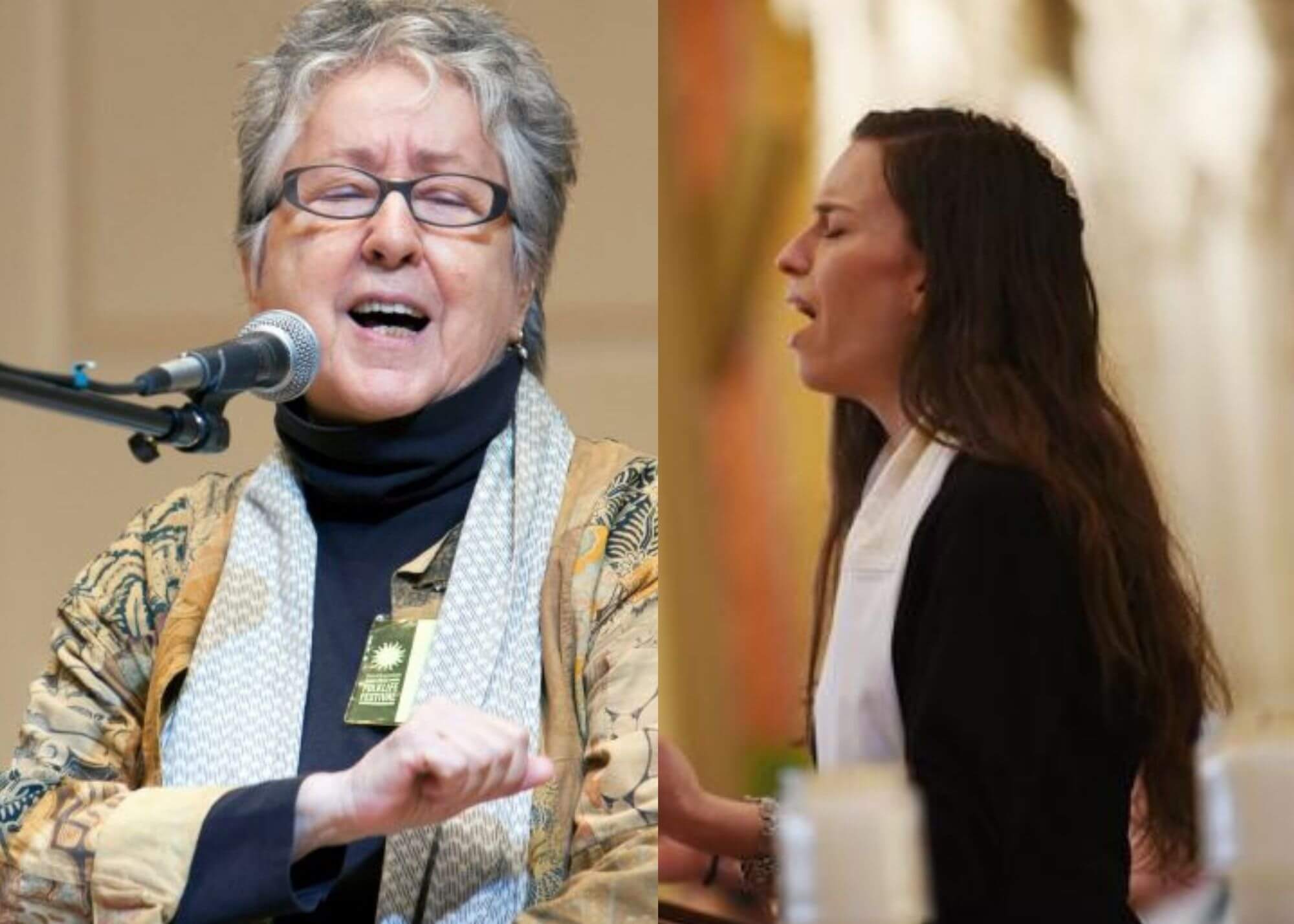 On May 16th and May 23rd, join the world renowned Yiddish vocalists Ethel Raim and Cantor Sarah Myerson in a workshop series highlighting one of the most beautiful streams of traditional Yiddish song - the repertoire of unaccompanied love songs. Often embellished by scoops and slides, minute glottals, and cadences that trail off, the form is largely characterized by nuanced expressivity and a compelling intimacy rarely heard in other traditions. Singer and cultural activist Ethel Raim will teach songs from the repertoires of several noted traditional singers, such as Lifshe Schaecter-Widman, Harry Ary, and Ita Taub (for examples, see the wonderful Yiddish Song of the Week blog edited by Itzik Gottesman).

Raim will be joined by cantor and Yiddish singer Sarah Myerson, of Kane Street Synagogue in Brooklyn.

For this class, familiarity with Yiddish is encouraged, as well as a comfort with singing. To conduct this online class in a manageable way, each day we will select 4 participants to sing in the class unmuted (so 8 different participants will have this opportunity over the 2-day course.)

Widely recognized for her expertise in both Yiddish and Balkan vocal traditions, Raim is a master singer of unaccompanied Yiddish ballads and lyrical love songs. Co-founder and director of the influential all-women’s a cappella group, The Pennywhistlers, she has had a distinguished career as a performer, workshop leader, master singing teacher, and recording artist for the Elektra and Nonesuch labels. Raim has taught unaccompanied Yiddish singing at Yiddish Summer Weimar, KlezKamp, KlezKanada, New York University’s Tisch School of the Arts, and at Yiddish New York. She conducts singing workshops and master classes at universities and community centers here and abroad.

A renowned folk arts specialist, Raim joined Martin Koenig in 1975 as co-director of the Balkan Arts Center (subsequently the Ethnic Folk Arts Center and today the Center for Traditional Music and Dance). For her profound career impact on preserving immigrant performing arts traditions in the US, in 2018 Raim was named the Bess Lomax Hawes National Heritage Fellow by the National Endowment for the Arts (a lifetime honor), and was previously the 2013 recipient of the prestigious Benjamin Botkin Award from the American Folklore Society.

Cantor Sarah Myerson proudly serves the community of Kane Street Synagogue in Brooklyn, New York. Previously, she served Conservative, Masorti, and Reform communities in New York, Massachusetts, and Israel. She was commissioned by the Cantors Assembly in 2018, and ordained by the Jewish Theological Seminary of America in 2015, conferred with Diploma of Hazzan and Master of Sacred Music. She received her Bachelor of Music (Composition) degree, honors first class, from the Sydney Conservatorium of Music, Australia. Cantor Sarah Myerson continues to write and perform new compositions, especially in Yiddish and Hebrew, and continues to work freelance as a musician, speaker, educator and Yiddish dance teacher and leader.

This event is made possible by the Lowell Milken Center for Music of American Jewish Experience at The UCLA Herb Alpert School of Music with additional generous support from the David Vickter Foundation.