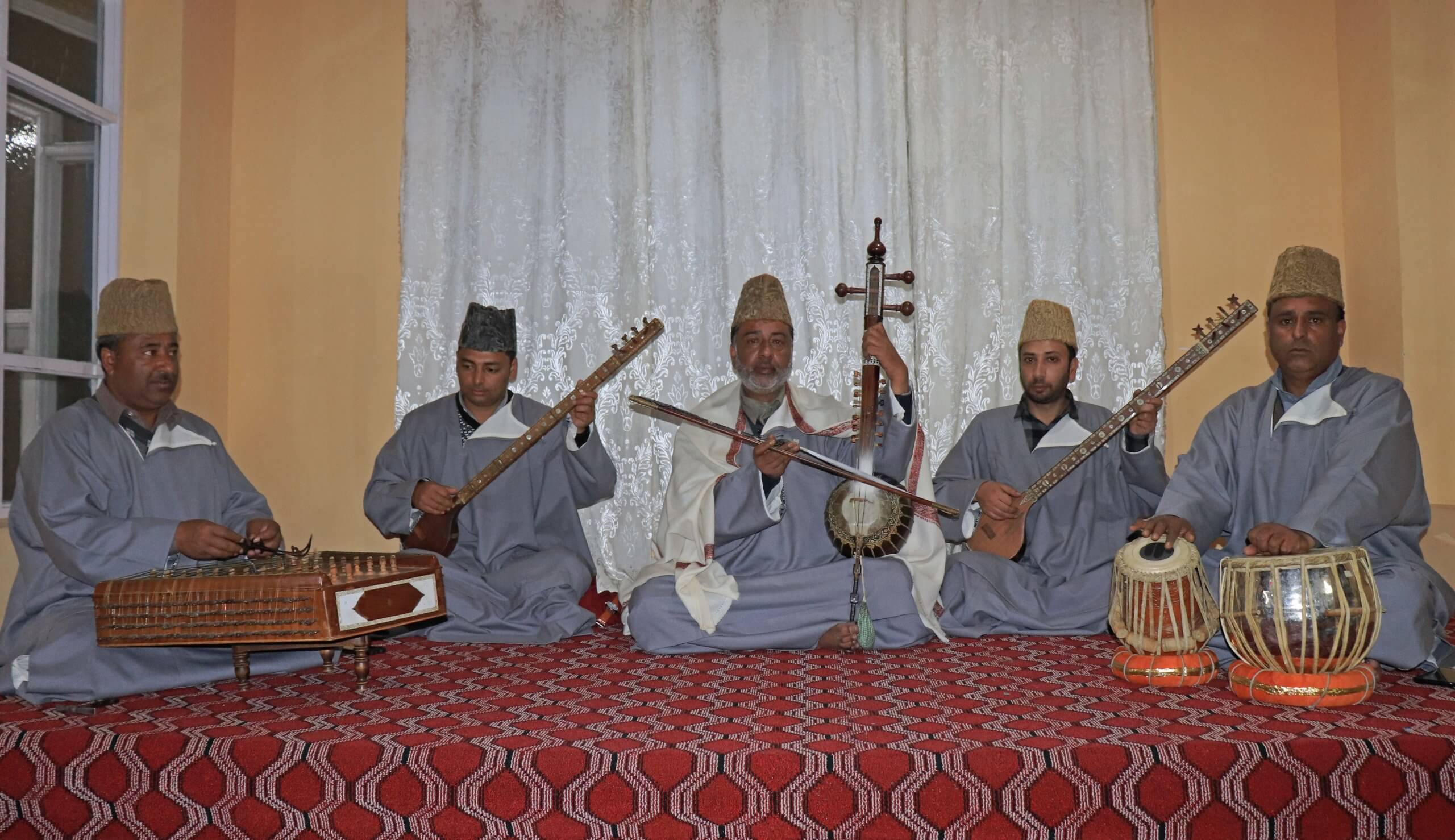 Our sixth panel in the Indo-Persian Confluence series considers Persian texts about music that were produced in the Indian subcontinent, followed by a performance of the traditional music of Kashmir on Persian poems.

Traditional music of Kashmir is a unique case in the Indo-Persian world. Kashmiri traditional musicians play maqams that are mentioned in classic Persian texts on music, such as Navā and Busalik as well as maqams that are known in India as ragas, such as Tudi. Moreover, Persian poetry is widely used in the repertoire of the traditional music of Kashmir. The Saznawaz family is one of the remaining hereditary music traditions. Mushtaq Ahmad Saznawaz, Shabir Ahmad Saznawaz, and Mohammad Rafiq Saznawaz are the sons of the Late Ghulam Mohammad Saznawaz. The family tree goes back to Sultan Joo who immigrated from the western regions of Central Asia or Iran. The musical tradition was reportedly passed on to his son, Hadi Joo, and from him to his grandson, Sultan Joo, and from his grandson to his great-grandson Wazir Joo, and then to his great-great-grandson Ramazn Joo who was the father of Ghulam Mohammad. Saznawaz family ensemble includes Mushtaq Ahmad on the Kamancheh (bowed), Shabir Ahmad on the Santoor (zither), Mohammad Rafiq on the Dukra (percussion), and Kaiser Mushtaq and Wajahat Shabir on the Kashmiri Sitar.