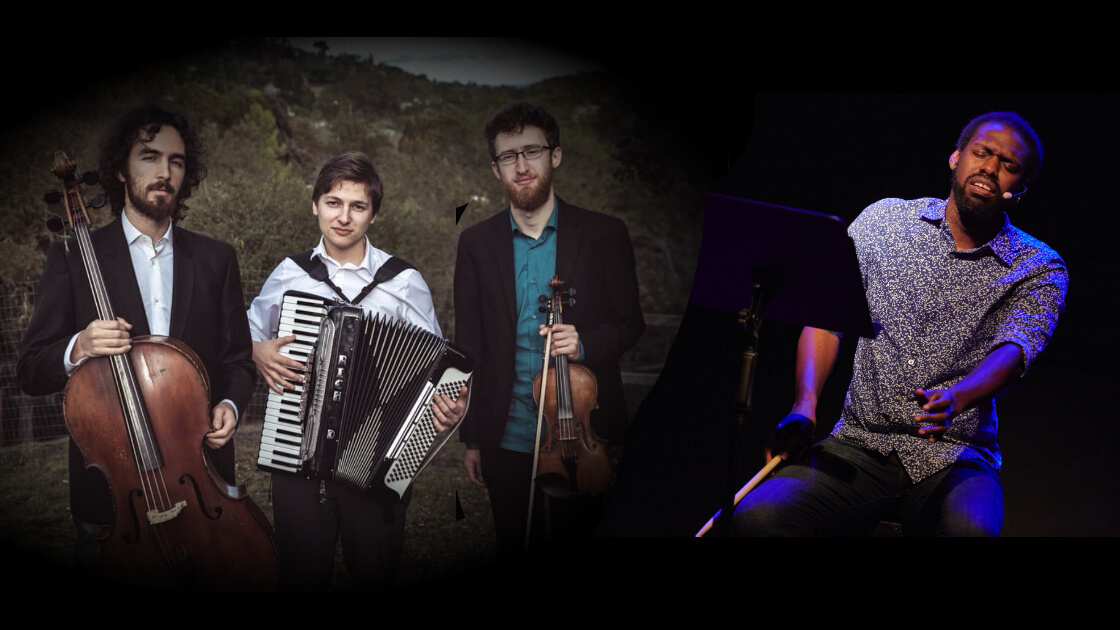 Click here to watch the concert at noon PT on September 7th.

Inspired by the work of an international group of twentieth century Jewish writers and poets, Tsvey Brider is an outfit for the musical exploration of contemporary life in the Yiddish language. This has led the duo to write, arrange and perform in a diverse array of styles and genres including contemporary classical, cabaret, blues and pop in addition to the sounds of Jewish Eastern Europe that have traditionally accompanied music in the Yiddish language.

About the Series:
Secret Chord Concerts is a free on-demand video series featuring 15-25 minute performances from celebrated Jewish musicians representing a broad range of styles, heritages, and histories and recorded live in front of intimate audiences in Philadelphia and Los Angeles. Season 1 episodes will air the first Wednesday of every month from June until November (skipping October).

A cross-country partnership between the Weitzman National Museum of American Jewish History (The Weitzman) on historic Independence Mall in Philadelphia, and the Lowell Milken Center for Music of American Jewish Experience at The UCLA Herb Alpert School of Music (Lowell Milken Center) in Los Angeles, generated this new online offering. Both presenting organizations are committed to inspiring in people of all backgrounds a greater appreciation for the diversity of the American Jewish experience. This season’s episodes were filmed at The Weitzman, against the striking backdrop of Independence Hall, and in UCLA’s beautiful recording studio.